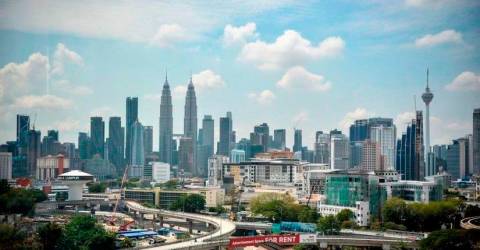 KUALA LUMPUR: The 12th Malaysia Plan (12MP) aims to shift the country’s conventional linear economy model, which has been proven to be harmful to the environment, to the sustainable circular economy model, says Minister in the Prime Minister’s Department (Economy) Datuk Seri Mustapa Mohamed.

He said such a shift would enable Malaysia to achieve a systemic move towards long term resilience, eliminate unsustainable consumption and production practices as well as to address the issues of climate change, environmental degradation, and biodiversity loss.

“The circular economy focuses on the sustainable consumption and production approach, which seeks to do ‘more and better with less’ by reducing the use of resources, as well as minimising environmental degradation and pollution along the life cycle of goods and services,” he said.

Mustapa said this in his opening remarks at a roundtable discussion co-organised by the United Nations Global Compact Network Malaysia and Brunei (UNGC) and Bloomberg here today.

According to the minister, by employing this approach, the demand for natural resources would decline, thus reducing the stress and impact on the environment.

“This will ultimately enhance the quality of life for all Malaysians,” he said.

Mustapa said Malaysia had, in recent years, embarked on catalytic initiatives to advance the sustainable consumption and production approach.

An example of this is the green government procurement (GGP) initiative, which was introduced in 2014 as a catalyst to spur the creation of a “green market” in the country, he said.

“In supporting and complementing the circular economy, the private sector must play a proactive role.

“Companies must prioritise the sustainability agenda in developing their business plans, which in turn will result in the delivery of products and services that are environmentally friendly,” he said.

Citing the European Commission and the United States Environment Protection Agency data, Mustapa said it is estimated that over 80 per cent of all product-related environmental impacts are determined during the design phase of a product.

“The government alone would not be able to achieve the 2030 Agenda for Sustainable Development. The private sector must, first and foremost, be aware of our shared responsibilities,” he said.-Bernama