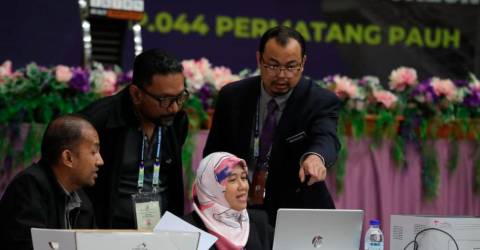 “A total of 945 nomination papers were received for parliamentary seats, 434 for state seats and seven for the Bugaya by-election,” he said.

“The highest type of contests for parliamentary seats are four-cornered contests, involving 82 seats, while for state seats, it is three-cornered fights, involving 51 seats,” he said.

“The official campaigning period starts after the declaration of election by the returning officer until 11.59 pm, Nov 18, 2022.

“Campaigning material containing words that can cause ill will, dissatisfaction or are racial or touches religious sensitivities or is seditious are not allowed,” he added.

The EC also expressed its hope that campaigning will be conducted harmoniously, and in accordance to the law and regulations set.

The EC has set Nov 19 as polling day and Nov 15 for early voting. – Bernama