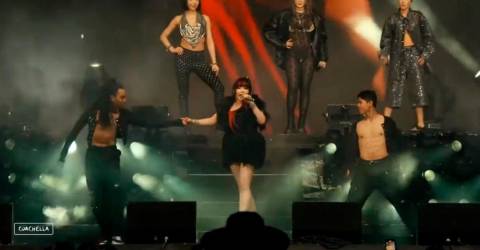 K-POP fans at Coachella’s Saturday show had the night of their lives when girl group 2NE1 reunited for a surprise performance during the 88Rising Head in the Clouds set.

One of the performers during the set was former 2NE1 rapper CL, who first dished out some of her solo hits including Hello B****es and Spicy. She was then joined onstage by her ex-groupmates Sandara, Bom and Minzy for an energetic rendition of the groups 2011 hit I Am The Best.

With the shrieks of thrilled festival-goers in the background, each of the girls hit their entrance mark and began their expertly synchronised descent across the main stage.

What made the performance all the more special was that it was the first time the girls had performed on stage together since 2015. They officially disbanded in 2017, after releasing their final single, the aptly titled Goodbye.

Fans immediately began posting about the reunion on social media, calling the performance a dream come true, and saying how happy they were to see the iconic girl group together once again.