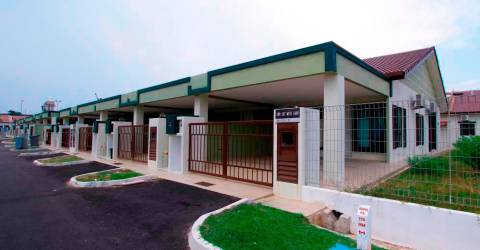 KUALA LUMPUR: Houses in Putrajaya costing below RM300,000 will be given a 30 per cent discount in assessment beginning next year, said Prime Minister Datuk Seri Anwar Ibrahim.

He said the tax cut would take effect from Jan 1, 2023 until a reassessment was done by Putrajaya Corporation.

“This 30 per cent discount is for residential premises which were built between 2017 and now, involving almost 8,500 units,” he said in a statement here today.

Anwar said he decided to reduce the charges following complaints from Putrajaya residents that the assessment for their premises was higher than that in surrounding areas.

He said this was also in line with the Unity Government’s desire to ease the burden of the people, especially the M40 and B40 groups owning affordable homes in Putrajaya. – Bernama