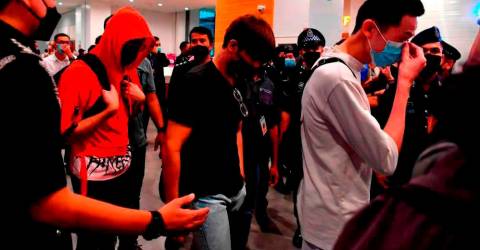 PUTRAJAYA: The Ministry of Foreign Affairs (MOFA) – as of Dec. 20 – has received a total of 488 reports of Malaysian citizens who were victims of job scam syndicates in Cambodia, Laos, Myanmar and Thailand.

A statement by MOFA today said of that number, 359 people were rescued, with 331 brought back to Malaysia and 28 more are still in detention to assist with investigation and documentation-related matters.

“The ministry, through the Malaysian Embassies in the countries concerned and in close cooperation with the Royal Malaysia Police (PDRM), will continue to redouble efforts to track down another 129 victims still unaccounted for, involving the countries of Cambodia (one case), Thailand (eight cases), Laos (29 cases) and Myanmar (91 cases).

“The ministry also hopes for the public’s cooperation, and to always be aware and informed in deal with the issue of fraudulent criminal syndicates offering jobs abroad.

“Victims or family members who are suspected of being involved in these criminal syndicates are requested to report to the PDRM and MOFA immediately,“ read the statement.

Victims or next of kins can report and deliver relevant information to MOFA via e-mail; [email protected]

Meanwhile, six Malaysians who were victims of a job scam criminal syndicate at the Thailand-Myanmar border have been brought home safely today via Thai Airways flight TG415.

Two of them are victims whose videos have been uploaded by Malaysia International Humanitarian Organisation (MHO) recently, while the rest were Thai Immigration’s detainees. All of them have been handed over to PDRM to assist with investigations.

“The Ministry expresses its appreciation to PDRM for their quick and proactive actions in locating and rescuing the victims as a result of the close cooperation of MOFA with the Malaysian Embassy in Bangkok.

“At the same time, the ministry expresses its utmost appreciation to the Thai authorities for the cooperation and priority in helping the Malaysian government rescue the victims of this syndicate.