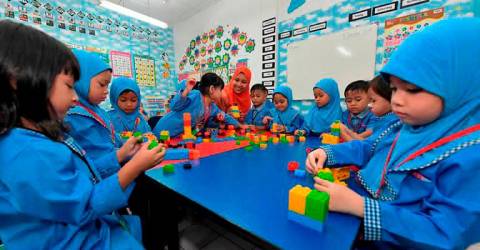 JERTIH: Some 360 childcare centres run by the Community Development Department (Kemas) in Terengganu have been identified as being at risk in the event of a major flood in the state.

Terengganu Kemas director Dr Faridah Mat said they were among 900 Kemas childcare centres in Terengganu that were in flood ‘hotspot’ areas such as Kemaman, Dungun, Hulu Terengganu and Besut districts.

“However, the Kemas staff at the affected centres are prepared and they have made the necessary preparations to deal with the possibility of a flood,” she ADDED.

She told reporters this after the opening of the “Jom Masuk Kampung” Programme and the state-level Islamic Arts Festival at the grounds of Lapan Kubah Mosque, Kampung Lapan Kotak, here today.

The event was opened by Felda chairman Tan Sri Idris Jusoh, who is also Besut Member of Parliament.-Bernama