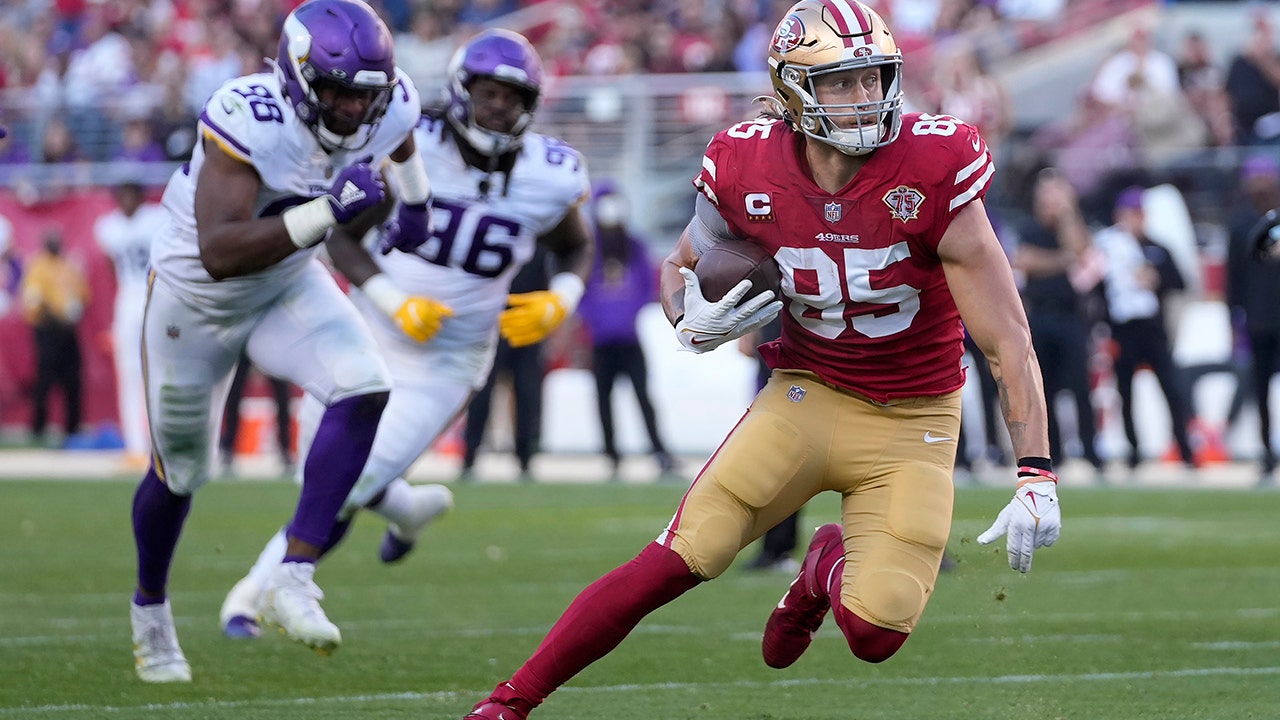 Zimmer was asked about 49ers wide receiver Deebo Samuel recording 66 yards on the ground with two scores on six carries. It was those types of plays that helped the 49ers win, 34-26.

“I think we misaligned on that one,” Zimmer said, via NFL.com. “The other ones were … these guys hold all the time, so they’re grabbing us around the waist, grabbing our backs. The officials, they don’t want to call it every play, but until they start calling every play, they’re not going to stop doing it.”

George Kittle of the San Francisco 49ers looks to toss his hat to a fan after the game against the Minnesota Vikings on Nov. 28, 2021, in Santa Clara, California.
(Ezra Shaw/Getty Images)

Kittle, who had one catch for 13 yards in the win, had some advice for Zimmer.

“I think if you’re running your feet and your hands inside just because a guy spins and flails his arms, it’s not holding. He’s just flopping. You can watch plenty of pass plays. I felt I got a holding call out there on a pass route. I got hugged and tackled. I think there were like three of those out there that don’t get called. It’s football, you know? Refs throw flags, refs don’t throw flags. It’s just the game,” Kittle said, via Fan Girl Sports.

“If you’re going to sit on the sideline and complain about holding the whole time, I’d tell your guys to make better plays.”

San Francisco moved to 6-5 with the win and Minnesota fell to 5-6.