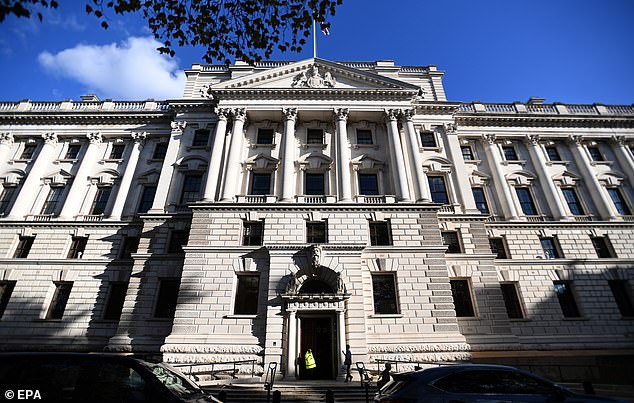 Fiscal black hole of £50bn is a myth because it was calculated in ‘artificial and uncertain’ manner, economists claim

The idea Britain is facing a £50billion fiscal black hole that must be tackled with spending cuts is a ‘dangerous fiction’, economists claimed yesterday.

They said the way the hole has been calculated is ‘artificial and uncertain’.

The Progressive Economy Forum (PEF), which campaigns against austerity, said it was the result of government accountancy rules and uncertain forecasts, and would disappear – with £14billion to spare – if calculations were made differently.

The economists said: ‘Pushing spending cuts to chase a target that is highly uncertain and affected by factors over which the Government has very little control is bad economic policy – made at high cost with limited chance of success.’

The idea Britain is facing a £50billion fiscal black hole that must be tackled with spending cuts is a ‘dangerous fiction’, the Progressive Economy Forum (PEF) claimed yesterday. Pictured: The Treasury department, London

A PEF report said the hole ‘is not an objective statement of economic fact in the same way that, for example, estimates of current inflation and wage rises are. It is dangerously misleading to present it as if it was’.

John Longworth, former head of the British Chambers of Commerce, backed the analysis saying the hole was a ‘construct’ created to defeat the idea that cutting taxes to boost growth pays for itself.

A Treasury spokesman said: ‘During these challenging times our number one priority is economic stability and restoring confidence that the UK is a country that pays its way.’