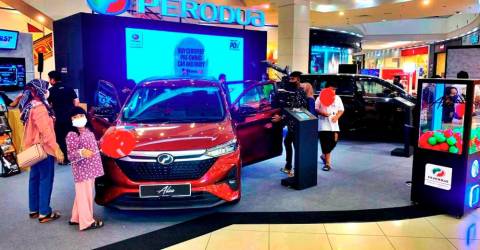 THE Total Industry Volume (TIV) of new vehicles in September 2022 was marginally higher than the TIV for September, a difference of 0.1% or 1,045 units. Nevertheless, it was the second highest TIV of the year and also over the past 12 months.

It should however be noted that the TIV reflects deliveries and at this time, whatever comes out of each plant is sent for registration and then to the customer. This is because there is still a long waiting list for many models due to the effects of the global microchip shortage as well as some local parts issues. The growing numbers are therefore more indicative of output increasing.

Priority is being given to delivering new vehicles to those customers who placed bookings before June 30, 2022 which was the final date for sales tax exemption. The Finance Ministry, understanding the problems faced by the industry, has given up to March 31, 2023 for the customers who placed and confirmed their bookings before the cut-off date to be entitled to the exemption.

While some companies mention orders taken for certain models (especially those just launched), the number of new orders received is not generally revealed. However, some of the car company executives we spoke to said that there continues to be a steady flow of orders each week.

As at the end of September, the Total Industry Volume of new vehicles delivered reached 516,798 units, That’s 62% more than for the same 9-month period in 2021 when the cumulative volume reached only 318,827 units. Remember though that last year was a difficult year for the industry with plants having to suspend operations and then the microchip shortage worsened.

While production at the assembly plants has stabilized and there is more consistent output, some makes still have problems with parts, especially the microchips, so whatever can be completed is delivered immediately.

The coming elections (voting is on November 19) may dampen sales a bit but the MAA expects the October sales volume to be almost the same as September’s. With the Budget for 2023 announced (but not approved), car-buyers know that there is nothing for them to wait for as no meaningful incentives have been announced other than the duty exemption on imported BEVs being extended an extra year.

Ther MAA has forecast (revised in July) a TIV of 630,000 units which means that, over the remaining 3 months, 113,202 vehicles will have to be delivered to customers. That’s an average of 37,734 units a month, which should be easily achieved and even exceeded since the average for 9 months has been around 57,000 units. 2022 could therefore end with a higher volume than forecast. – By Chips Yap