Read the wildly abusive emails a 4WD hire company sent to unhappy customers – as its high-flying bosses are slapped with a $353,000 fine


A defunct four-wheel drive hire company that called its customers ‘absolutely idiotic’, ‘pathetic’, ‘delusional’ and threatened to sue them has been fined for breaching Australian consumer law.

One email sent by Australian 4WD Hire to a customer, who was also a NSW magistrate, simply read: ‘F*** off. Kind regards’.

The Gold Coast-based company has been fined $870,000 by the Federal Court for unconscionable conduct, misleading statements about insurance coverage and unfair terms in hire contracts.

Two of its former directors, Vitali Roesch and Maryna Kosukhina, have also been fined a combined $353,000.

Between January 2014 and August 2019, it claimed to offer comprehensive off-road insurance for its 4WDs, when in reality not all vehicles had comprehensive insurance.

Hiring contracts also left it up to the company whether to submit an insurance claim or hold the customer liable for damage. 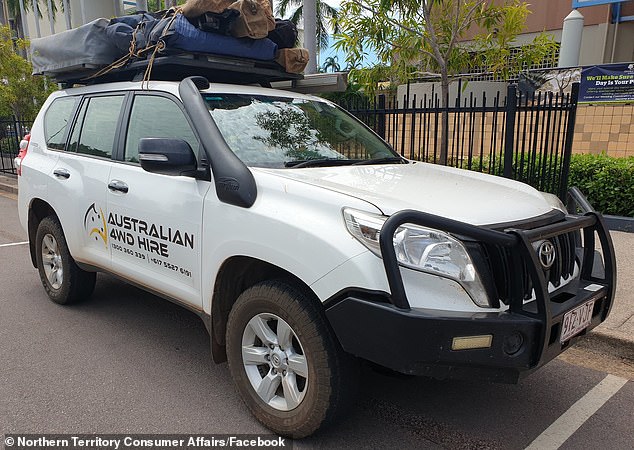 Contracts were found to be unfair because they included terms allowing customers to be charged up to $500 each time a vehicle was driven in ‘prohibited’ ways.

This included driving at night outside of built-up areas, when visibility was poor because of fog or heavy rain.

GPS data tracked when, where and how fast customers drove. The company used this information to prepare driver behaviour reports to show customers breached their hiring contracts.

Customers who queried or challenged claims were met with intimidating emails from the fictional persona of Christine Burgess threatening to withhold at least $500 of their security deposits.

‘We strongly suggest you stop embarrassing yourself and issue written apology within 24 hours,’ one 2018 email said.

‘Your statements are highly defamatory and will not be tolerated, the only dishonest and unreasonable one in this situation is you, and your attempts at commercial extortion are pathetic.

‘The points you have made in your email are absolutely idiotic.’

Another customer was in 2017 told ‘you must be delusional if you think we would take your word over the certified professionals at our agency’. 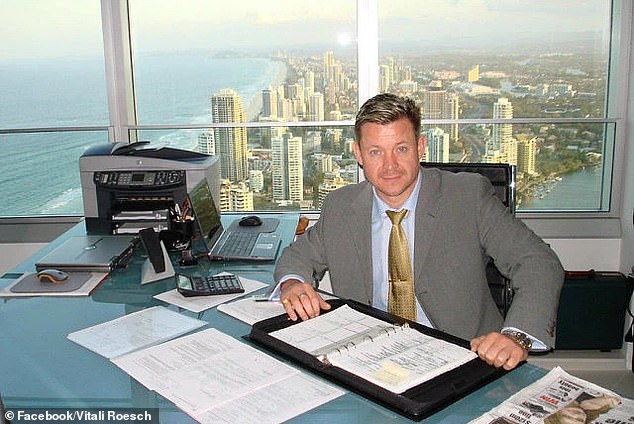 The company used fake identities to send abusive emails to customers questioning or challenging claims they wouldn’t be receiving their $500 deposit (pictured, one of its directors, Vitali Roesch)

In a follow up email, the ‘Bussines Owner’ told the same customer: ‘Get a lawyer so I can sue your ass of (sic) you moron’.

Justice Darren Jackson found such emails sent to 31 customers were designed to allow the company to keep part of all of the security bonds for its profit.

‘It involved bad faith, deception, unfair pressure and sharp practice. It included harsh and unjustified threats of legal action and other adverse consequences for the customers which were out of all proportion to any prejudice which A4WD had suffered or would suffer as a result of the customer’s conduct,’ the judge said on Thursday.

The Australian Competition and Consumer Commission, which took the company to court, said it received more than 60 complaints between 2016 and April 2019. 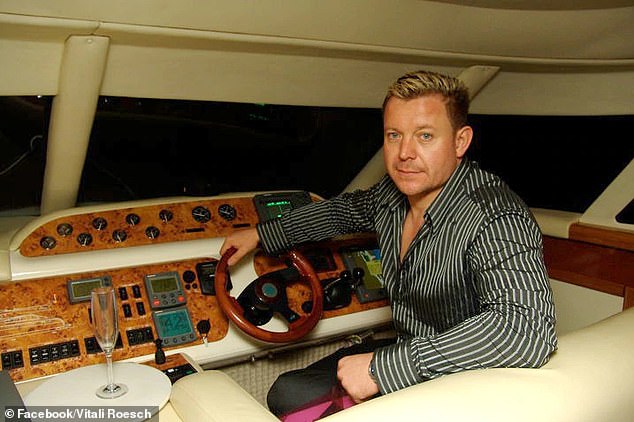 The company was fined $870,000 overall for a number of different charges (pictured, one of its directors, Vitali Roesch)