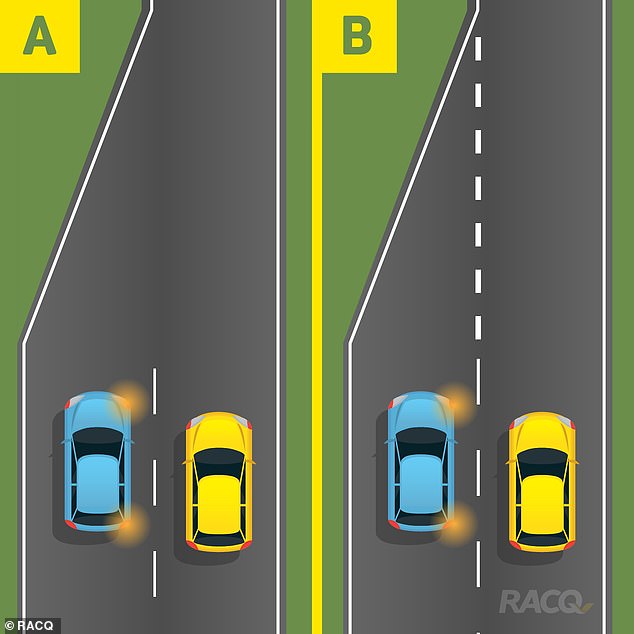 Australian drivers are left baffled by a simple road rule quiz about merging – so which car needs to give way?


A simple road rule question about merging sparked a passionate debate online and has left many Australian drivers baffled as a result.

The Royal Automobile Club of Queensland (RACQ) posted the quiz to Facebook on Wednesday with two different scenarios to test drivers’ knowledge.

The company asked motorists to correctly determine which vehicle needed to give way in both scenarios.

In the graphic of scenario A, it showed a blue vehicle indicating to exit the left lane and merge into the right lane where a yellow vehicle that was slightly behind occupied the lane.

The image of scenario B showed the blue vehicle once again indicating to leave the ending lane on the left, but in this case, the road markings of dotted lines continued along the road.

‘C) Blue in both scenarios.’

‘D) Yellow in both scenarios.’ 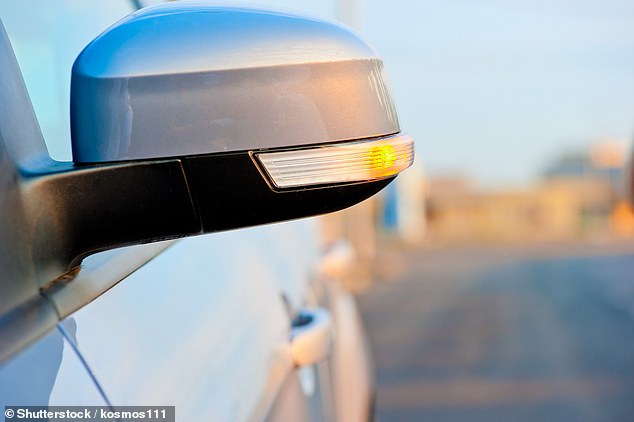 The question divided social media users, prompting a flurry of responses from passionate drivers in a short amount of time

The question divided social media users, prompting a flurry of responses from passionate drivers in a short amount of time.

‘Correct answer is A. Too many people think yellow should give way in scenario B. Out of courtesy, yes, many do but in scenario B the blue car must always be prepared to give way,’ said another.

However, some individuals disagreed with the majority of Facebook and had different opinions on the road rules.

One user wrote: ‘D, both are a merging lane and blue is ahead with indicator on.’

‘I know there are rules, but I let the one go who’s in front. It’s the easiest way I reckon,’ said another.

While a third claimed: ‘In reality neither will. Both will speed up trying to get ahead of the other.’

Some motorists were shocked at the number of drivers who didn’t know the road rules.

A person wrote: ‘I just get blown away by seeing how many people actually have no clue about the road rules. No wonder there are so many accidents and fatalities on our roads.’

The organisation added: ‘When merging at a location without markings whichever car is behind must give way, but where your lane comes to an end as shown by markings, you must give way to a vehicle in the lane you are entering.’