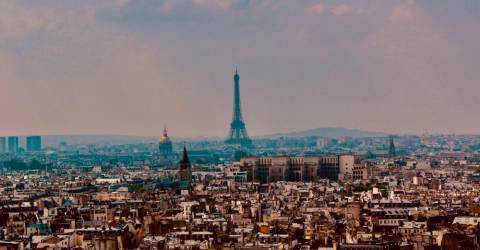 Nor was it not an enticing metropolis of attractions.

Sadly, I was the victim of theft.

I had been excited about my first visit to Paris, and that too on an assignment for Bernama, the Malaysian National News Agency.

While having dinner one night at a restaurant there, my backpack was stolen.

I had sat at the table with two friends, a Japanese and a Parisian, for dinner and had placed my backpack on the floor. I only noticed that the bag was gone when I was about to pay the bill. No one at my table or around our table noticed anyone taking the bag.

In it were, among other things, my new MacBook and a wallet with all my cash – all valued at more than RM15,000 – and my passport.

I learned later that I should have looped the bag strap around my leg or a leg of the chair.

The incident turned my visit into a great disappointment.

I had to apply for an emergency certificate at the Embassy of Malaysia to be able to return home.

A senior staff there told me that at least one Malaysian loses his or her passport or identification card in Paris almost daily, especially during summer when many Malaysians are on holiday there.

“That’s how bad the pickpocketing is here (in Paris). We always receive missing ICs (identity cards) or passports delivered here (to the embassy),” he said.

The staff himself was mugged in the first week he was there.

“This is a normal occurrence here (in Paris). A lot of Malaysians either get mugged or pickpocketed and their IDs (identification documents) and passports are discarded somewhere by the culprit (or culprits) and Good Samaritans who find them send them to the embassy,” he elaborated.

In my case, I guess the thief was not just a pickpocket. I feel that the job must have been done by a team of expert thieves as it happened in a closed restaurant where you have to wait for tables.

This kind of crime is not only prevalent in Paris but in many other tourist cities in Europe, said a French police officer who wished to remain anonymous. I had met him at a police station where I went to lodge a report on the theft.

According to him, French police believe that these crimes are committed mostly by syndicates from South America.

In fact, he said, the French police had a dedicated unit formed just to handle South American criminals.

“They target tourist cities and often move around in a few groups. They will only stay in each city for just a few days and move to other cities after collecting and gathering stuff they have stolen which would be sold in another city.

“These guys are professionals. They dress immaculately, sometimes better than normal people, and they would act like tourists, traders, or locals. They often target foreigners and places like hotels, airports, and public places,” he said.

The police, however, did not have much hope that the thief or thieves who stole my belongings would be found and said that making an insurance claim would be the best bet to at least recover some of the money lost.

Certainly, it was a very expensive “French experience” for me. Hopefully, it will serve as a lesson for me and an eye-opener for others.-Bernama