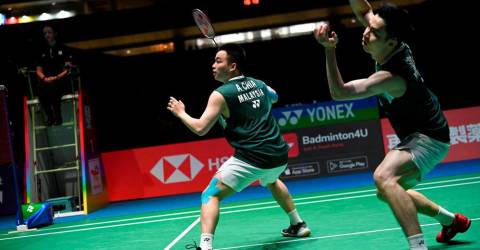 KUALA LUMPUR: Badminton men’s doubles world champions, Aaron Chia-Soh Wooi Yik are focused on qualifying for the 2024 Paris Olympics and have not considered setting their sights on the gold medal.

“Of course, everyone wants to target the gold medal, but getting it is another story altogether, so we just want to do our best.

“There are championships next year that serve as Olympic qualifiers so we need to qualify first, if not it won’t be of any use,” Aaron shared during an online meet-and-greet session with fans on Facebook today.

Wooi Yik meanwhile said that they had a long journey ahead of them that would hopefully culminate at Paris, but it would require the support of local fans.

“We have two more years to prove ourselves so fan support is very crucial,” he said.