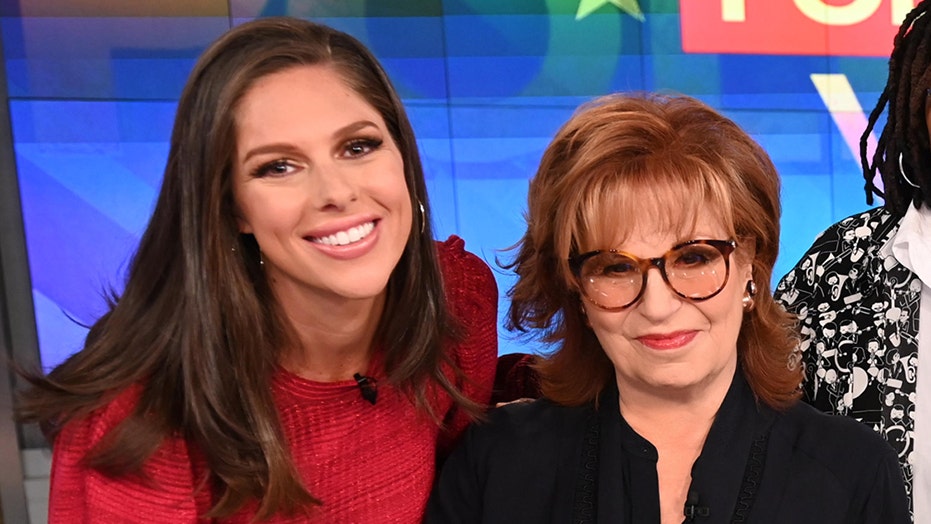 Former “View” co-host Abby Huntsman is speaking out about what led to her departure from the long-running ABC daytime program.

On her new podcast “I Wish Somebody Told Me,” Huntsman said calling her tenure on the show “kind of stressful” is the “politically correct way of putting it” and recalled one of the first red flags of the gig was when she was the subject of a tabloid about how ABC had sent her to a “talent coach” a few weeks into being the co-host, when she was led to believe all new co-hosts do the same.

“I knew right at that moment when I saw that article, it came from within,” Huntsman said on Thursday. “So they send me to a talent coach and then they leak it about me…. You stop trusting people around you and then you really feel isolated. You really feel alone.”

Huntsman, who was a “View” co-host from 2018-2020, shared an anecdote from her mother about a bumper sticker slogan she saw that read, “It takes strength to be gracious during cruel situations,” something Huntsman said, “it reminded me so much about my time on that show, how often I would sit there and I would so badly want to scream.”

Abby Huntsman announced she won’t be co-hosting “The View” alongside Joy Behar any longer. (Getty Images)

Huntsman suggested that the reason she gave at the time for leaving “The View,” which was to help her father Jon Huntsman’s gubernatorial campaign, wasn’t exactly truthful, calling it a “great out.”

“I knew that the show did not reflect my values. When I say that I mean rewarding people for bad behavior,” Huntsman said. “I’m never going to be someone that writes a tell-all book, that’s just not me, and I’m not going to put names on things but at that time, there were executives in charge that I did feel like we were sort of players in their game. And it was about money and it was about ratings and the tabloids. And in order to keep that show hot, you had to just let it all continue on.”

MEGHAN MCCAIN JOINS ‘HANNITY,’ OPENS UP ABOUT BEING A CONSERVATIVE WOMAN IN MAINSTREAM MEDIA

“You would see people act in ways around you that was not okay. That was very much part of the toxic environment that existed but because it was a show like ‘The View,’ it’s like this is what happens. And here we are going out on the air criticizing other shows or other people for doing it the wrong way or for you know, a toxic culture. And yet, I’m sitting right there like, I’m in the middle of this. You can’t say anything,” Huntsman told Leeds.

“And if I did report it, because I did- I did go to executives, I did many times and I said, this is not okay,” Huntsman continued, “This is not sustainable for me. And frankly, I don’t think it’s sustainable for a lot of people that are here that have to put up with it. And I think things need to change and they would, every single time, look at me with a completely blank stare. And essentially say, ‘you’re lucky to be here. This is the show’… They didn’t want it to change.”

Huntsman revealed she accepted her father’s offer to help his campaign because she had to “save my mental health,” her “family” and “myself.”

She went on to share the things she enjoyed like the interviews she participated and the friendships she formed with colleagues, but she was “ashamed” of the culture she was a part of.

“It was just an unbearable culture by the end,” Huntsman said.

When she voiced her intention to leave, her bosses urged her to leave one month after making her announcement. She instead gave them “five days.” And then when tabloids reported that she was leaving due to a toxic work environment, they pressured her to “correct this,” but refused because “that would be lying.”

“At that point, I’m just- I can’t get here fast enough.,” Huntsman said. This is just so opposite of why I got into this business, you know, to just be truthful and real and honest and frankly, I wish so badly in the moment I could have told the viewers what was going on, but I was doing what I thought I needed to do. I was trying to bow out gracefully, but I was not gonna lie.”

Huntsman then alleged she received a text from an executive asking if she had decided to “read the script” to correct the tabloids, And when she told her boss no, the boss replied, “that was a mistake,” which she said was being “threatened.”  And then “ten minutes” into the show that day, her sister shared a Daily Mail article claiming ABC was “going to fire me anyway.”

A spokesperson for “The View” told USA Today, “Twenty-two incredible women have had a seat on the panel and have worked in collaboration with the dedicated group of professionals on our staff. Abby will always remain a part of ‘The View’ family and we look forward to continuing the conversation with her when she visits next month.”