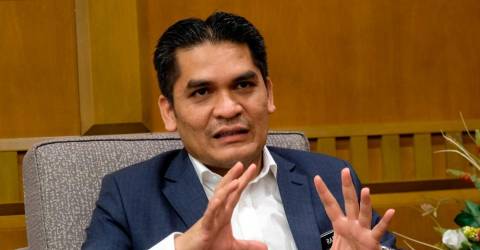 KUALA LUMPUR: Immediate and firm action will be taken against any school under the Education Ministry (MOE) that attempts to hide cases of bullying at their respective premises.

Senior Education Minister Datuk Dr Radzi Jidin (pix) said a reporting system had been introduced whereby schools were required to report any case of bullying that happened in their school.

He told Parliament this during the Ministers’ Question Time when responding to a supplementary question by Che Alias ​​Hamid (PAS-Kemaman) on the ministry’s stand on administrators of education institutions that attempts to hide cases of bullying that happened at their schools.

Earlier, to an original question from Che Alias on efforts by the government in tackling bullying in schools, including among hostel students, Radzi said the MOE had drawn up a comprehensive framework to address the problem.

It would involve strengthening and improving the existing approach with a focus on four key components namely awareness, reporting, sentencing and monitoring.

He said the new framework involved strengthening and improving the existing approach with a focus on four key components, namely awareness, reporting, punishment and monitoring.

On awareness, he said the ministry would introduce the Sekolahku Sejahtera concept, which aims to cultivate the important values ​​of life among school children directly or indirectly through curricular and co -curricular activities.

As for reporting, a reporting channel has been provided to enable schools to report cases of bullying to the ministry, MOE, he added.

He said the ministry had also issued guidelines and guidebooks on dealing with bullying in school.

“On punishment at the school level, the MOE has issued the Surat Pekeliling Ikhtisas (SPI) Bil. 8/2010 which touches on the punishment of bullies in schools or in dormitories.

“As for the monitoring aspect, in schools, it is carried out by the administrators, teachers and wardens,” he added.