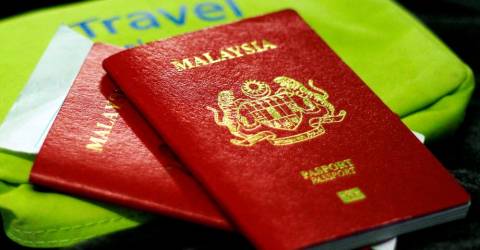 PUTRAJAYA: The congestion reported at the Immigration offices, especially in the Klang Valley, is due to the sharp increase in applications and renewals of Malaysian International Passport.

He said the Immigration Department had a supply of more than 1.2 million passports that could accommodate the sharp increase in passport applications and renewals.

“The supply of passports is sufficient, we have more than 1.2 million (passports) in the store and if it runs out, the supplier will add more,” he said when contacted today when asked to comment on the congestion at the Immigration counters.

Khairul Dzaimee said one of the factors behind the congestion at the Immigration offices was due to many people were present at the same time, especially in the morning, for passport applications and renewals.

“For example, at the Immigration office in Shah Alam, the office is narrow and many turned up in the morning to get a passport… when they can come in the afternoon,” he said.

The six premises with extended operating hours until 10 pm are the Immigration Department offices in Putrajaya, Kuala Lumpur, Selangor, Johor, Negeri Sembilan, and Melaka, while those in Penang, Kedah, Perak, Kelantan, Terengganu, and Perlis will operate until 6 pm.

Khairul Dzaimee advised the public to take the opportunity of the current school holidays to apply for and renew their passports at the Immigration offices outside the Klang Valley.

“We have Immigration offices that manage passports issuance and they are not as busy as in Putrajaya or Shah Alam. Offices in Perlis, Kedah, Pahang, and Terengganu are among those that are not busy with low demand for passports,” he said.

Khairul Dzaimee also advised the public to ensure that they have reasons such as official business and travel to apply for or renew their passports.

“If there are no pressing reasons then there is no need to apply for a passport yet… I did randomly ask 10 applicants applying for a passport, of which six said that they did not have any plan yet,” he said. – Bernama