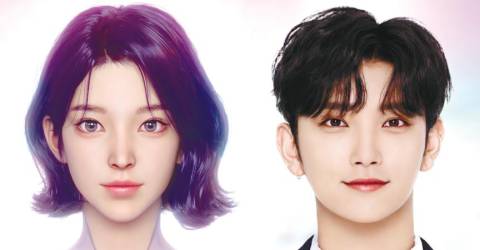 WITH the recent release of their single, Savage, aespa gave us another insight into their AI-focused lore.

In the music video, the aespa members dance with their computer-generated æ-aespa counterparts and come face-to-face with the Black Mamba villain. Besides that, a familiar face was also seen – Nævis.

Also known as NAVIS, she is an artificial intelligence system that helps the avatars of aespa coexist in the real world, allowing them to be seen by the real aespa members.

Based on the music video and lyrics of Savage, NAVIS helps aespa defeat Black Mamba.

NAVIS has been getting a lot of attention because of her highly detailed character design, but recently, many K-Netizens have noticed how closely she resembles another K-pop idol – SEVENTEEN’s Joshua.

It’s not a surprise that one of the fans commented how the handsome Joshua reminded them of a game character.

Even so, that was not the first time an AI character from aespa has been compared to another star, with many fans agreeing that their earlier AI named æ-Ningning looked more like BLACKPINK‘s Lisa, thanks to her full, thick bangs and blonde haira.

Besides that, æ-Ningning’s outfit looked a lot like Lisa’s outfit at SBS Gayo Daejun in 2018, which was a black glittery crop-top and skirt set.

Of course, given how long it’s been since Lisa wore that outfit, the similarity could have been a complete coincidence.