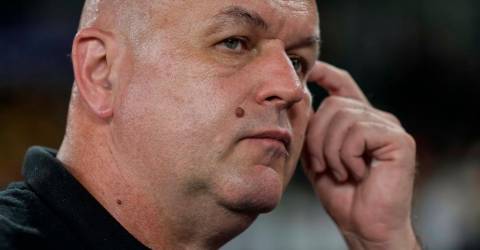 KUALA LUMPUR,: Kuala Lumpur (KL) City FC head coach, Bojan Hodak lamented a goalkeeping error that led to the Al Seeb Club’s first goal since it was the turning point to their 0-3 defeat in the 2022 Asian Football Confederation final at the National Stadium in Bukit Jalil here, yesterday.

While admitting that Al Seeb was a quality team in the final Hodak pointed out that conceding the goal from a set piece due to a mistake by goalkeeper Kevin Ray Mendoza, was something that was a very rare thing to happen.

“They (Al Seeb) only had two chances but scored three goals due to the first goal mistake that we conceded in the game. Top teams in Asia like Al Seeb will punish you if you committed such mistakes,” he said during the post-match press conference.

Asked whether he regretted not picking Azri Ghani as his main goalie instead of Mendoza, the Croatian coach said the Filipino deserved to play in the final as he had made numerous saves throughout their journey and is among the best goalkeepers in the Malaysian league.

“Nobody expected us to win tough away games against India’s ATK Mohun Bagan and Uzbekistan’s PFC Sogdiana Jizakh leading up to the final, so we have achieved a lot,” he said.

The loss was definitely a bitter pill to swallow for his players but he hoped losing here would not dampen the spirit of his boys to defend the Malaysia Cup.

In the meantime, Al Seeb’s gaffer, Rasheed Jabar Al-Yafai was glad to fulfill the club’s dream of clinching the AFC Cup and becoming the first Oman club to win Asia’s most prestigious football competition. – Bernama