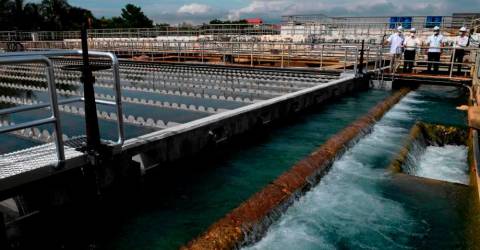 GEORGE TOWN: The Penang government has been asked to provide rebates to all affected parties, including the manufacturing sector, that have suffered losses due to the water supply disruption in the state last week.

The proposal was put forward by the MCA as the water supply disruption involved 80 per cent or 528,000 of the 660,000 account holders statewide and took up to six days to be fully restored.

MCA Youth national deputy organising secretary, Tan Yang Pang, said that the water supply disruption not only caused water shortages but also affected many who suffered losses due to their businesses not being able to operate as usual.

“Last Wednesday’s incident affected many parties and they had to face a difficult situation when the water supply was cut off without prior notice.

“That is why MCA is proposing that those affected be given a rebate after having to go through the difficult situation, and apart from that, we also want the state government to set up a committee between Penang, Kedah and Perak to discuss raw water resources,” he told a press conference here, today.

On Wednesday (July 6), the operation of the Sungai Dua water treatment plant had to be stopped for four hours due to the high turbidity reading following the flooding and the water surge phenomenon in Baling, Kedah.

Meanwhile, Tan said that MCA also urged Pakatan Harapan (PH) backbenchers of the Penang state assembly to reveal the names of those who needed to be called by the state’s Public Accounts Committee to conduct an investigation into the recent water crisis.

On July 12, the Penang state assembly PH backbenchers, in a statement, called for an investigation into the water supply crisis, involving 80 per cent of account holders statewide, and for the state’s PAC to investigate Perbadanan Bekalan Air Pulau Pinang (PBAPP)’s readiness in dealing with such a crisis to prevent it from recurring.-Bernama