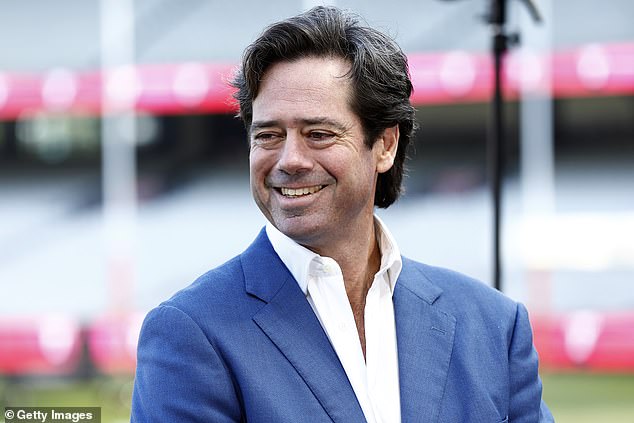 Bizarre moment that a busting AFL boss Gil McLachlan knocks on door of random home asking to use their toilet after he left the Melbourne Cup – and discovered the house is owned by footy star’s parents!

AFL boss Gil McLachlan was caught short at the Melbourne Cup last week and ended up in the home of Luke Ryan’s parents, the Fremantle star has revealed.

McLachlan was in attendance at Flemington as spectators returned to the iconic racecourse for the first time in two years, with fans kept out amid the coronavirus pandemic.

And as the estimated 100,000 punters piled out of the venue and back to the city, McLachlan was in desperate need to use the toilet, and ended up knocking on the door of a random house.

Unbeknownst to the AFL chief, the home’s owners were the parents of Dockers gun Ryan, in a bizarre series of events.

‘Dad works at Flemington and he had seen Gill at the birdcage, they had a quick chat talking about the footy,’ Ryan told 6pr. ‘He was walking home, walking to get a cab, we pretty much live right on the racecourse.

‘He saw mum and dad and asked if he could use the toilet, he went inside and mum has one of my jumpers on the wall, they had a good chat and mum told him I’m her son and yeah, it was pretty weird. Mum said he was a really nice guy. 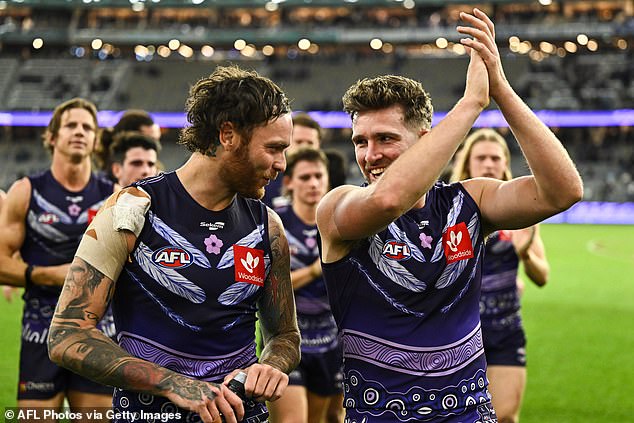 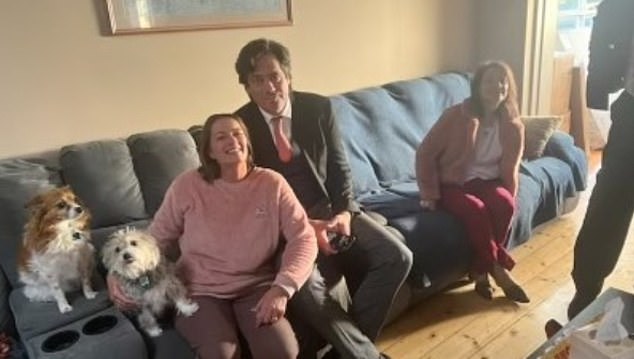 ‘Mum took a photo, she couldn’t believe it, she was so happy. It’s unbelievable how these things happen.’

Living locally to Flemington, it is not unusual for passing punters to ask to use the facilities at the Ryan household, the 26-year-old added.

‘It’s not the first time that’s happened, he [Gill] wasn’t blind drunk but we’ve had a few who have asked to use the toilet. It’s pretty funny.’