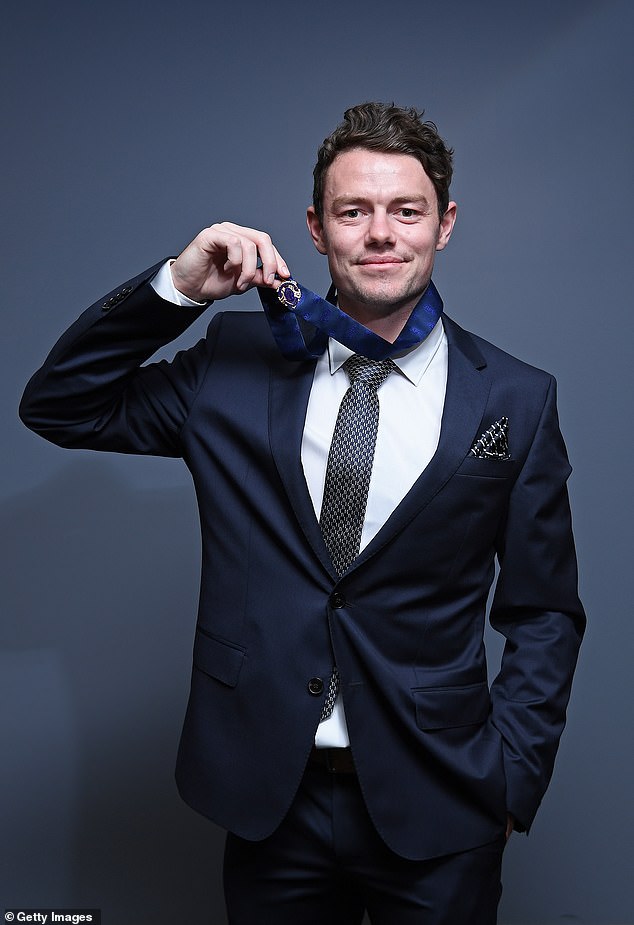 AFL fans have slammed television coverage of the Brownlow Medal as awkward and ‘excruciating’ during the first ever virtual ceremony.

The coronavirus pandemic meant the event was split into small functions across Australia on Sunday night as Lachie Neale was crowned the AFL’s best and fairest player for the 2020 season.

AFL fans criticised bizarre moments such as players handing themselves their medals and ‘extremely cringe interviews’ drawing out the air time.

‘This was one of the most underwhelming Brownlow counts/broadcasts in history with one of the most boring hosts in the history of television,’ one punter said on Twitter. 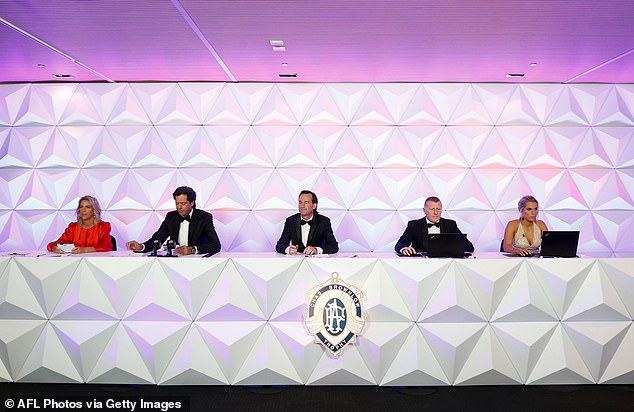 The Brownlow Medal count was streamed to the rest of the country from the Gold Coast function.

Neale’s former Fremantle teammate and 2019 winner, Nat Fyfe, addressed the 27-year-old from Perth after his win was announced.

Fyfe ended his tribute speech by saying ‘it’s my great pleasure to now ask you to present yourself with the 2020 Brownlow Medal.’

Despite Neale being in a room full of people at the Gabba, he was forced to pick up the medal and place it around his own neck.

Fans took to social media to voice their confusion at the awkward interaction. 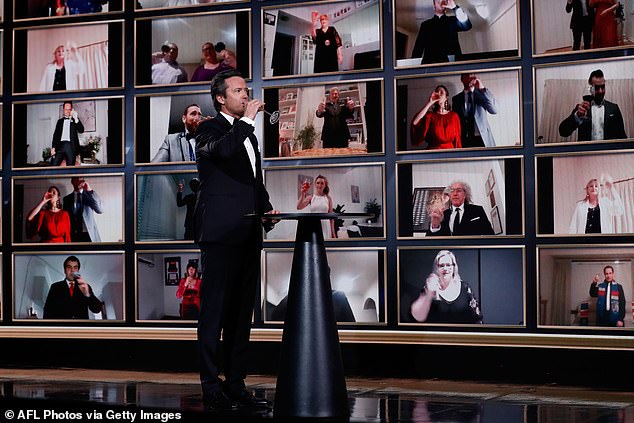 ‘Surely not because of social distancing, or even the optics of it. What else is the point of having an indoor gathering for a vote count?’

‘A bloke presenting himself his own Brownlow is the most 2020 thing ever,’ 2011 Brownlow winner Dane Swan tweeted.

‘Sam Walsh had to present himself the “Mark of the Year” award. Surely someone in the room could’ve passed it to him,’ sports broadcaster Sam McInnes tweeted.

Fans also criticised the length of the Brownlow Medal ceremony in its virtual format.

‘This is the worst zoom call I’ve ever been on,’ one said.

‘Brownlow interviews are excruciating. Get on with the damn count,’ sports reporter Jack Hudson added.

Fans labelled the interviews throughout the ceremony as ‘excruciating’ (tweet pictured)