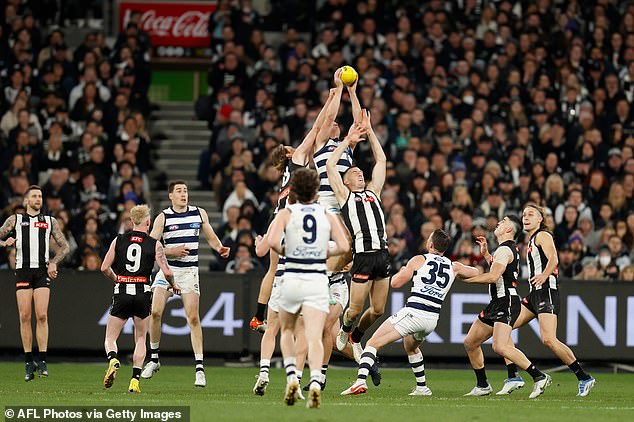 AFL on the verge of signing RICHEST TV deal in the history of Australian sports, with bidding war between networks set to deliver monster broadcasting agreement worth over $2.5billion

The AFL is reportedly on the verge of signing the richest broadcasting deal in the history of Australian sports.

A five-year deal worth north of $2.5billion could be announced as early as this week, after Nine decided to push its chips firmly to the middle of the table with a $500million-a-year offer.

According to the Herald Sun and the Sydney Morning Herald, the broadcaster’s blockbuster offer could force the hand of competitors Seven and Fox Sports – the current incumbent holders of AFL rights.

The three parties put forward their offers in a silent auction on Monday night, with a formal announcement expected before the weekend.

The report claims that Seven and Fox Sports are working in partnership to secure a new deal with the AFL, but it is understood the former may have to lift its offer by approximately $200million.

The current broadcasting deal kicked in at the beginning of the season and will run through to the end of the 2024 campaign and is worth just short of $950million.

The new deal, meanwhile, is expected to run for five seasons between 2025 and 2029 and will significantly raise the bar from a financial standpoint. 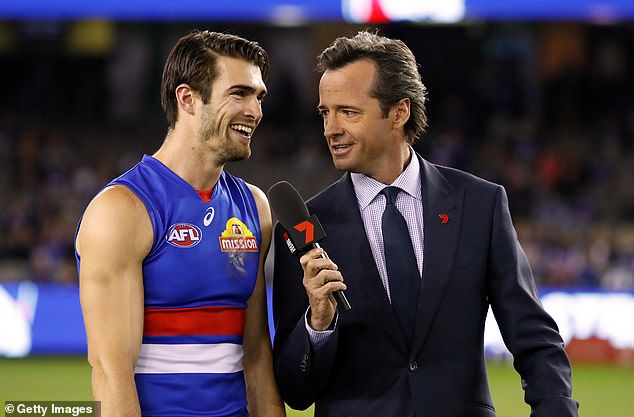 Channel Seven has jointly held the AFL broadcasting rights since 2006 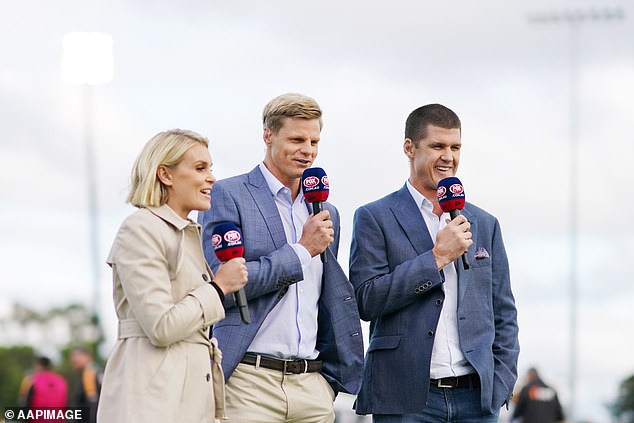 The AFL last signed a long-term broadcasting deal in 2015, when it penned a six-year agreement worth $2.5billion.

Key in Nine’s decision to enter the fray is the broadcaster’s decision to revive its streaming service Stan, which currently holds the rights to rugby union and tennis.

Nine holds free-to-air broadcasting rights to NRL games until the end of the 2027 season, but was pipped to the post by Fox Sports last year for the streaming rights.

The latter extended its deal with the NRL for streaming rights until 2027 and there’s an acceptance within Nine that competing with Fox Sports requires landing streaming rights to one of the two big codes. 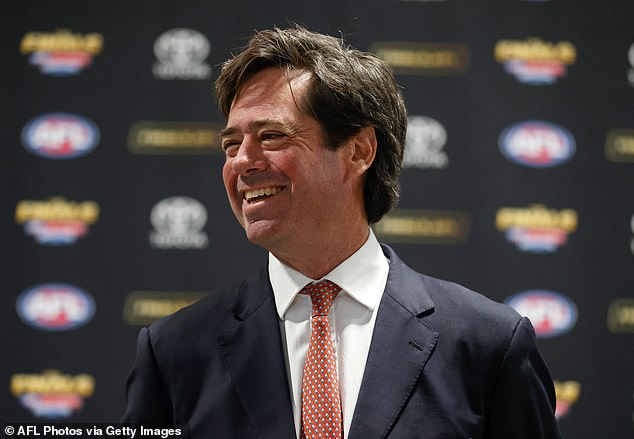 As part of their current deal, Seven and Fox Sports have an agreement to split the streaming rights with Fox retaining exclusive rights on Saturday matches, while 7 Plus is allowed to stream a certain number of games.

As viewing habits continue to change, streaming service have grown to be immensely important elements of discussion for broadcasters and for major codes.

The new deal will be the last negotiated by outgoing AFL chief executive Gillon McLachlan, who is determined to cement his legacy by securing a ground-breaking agreement.