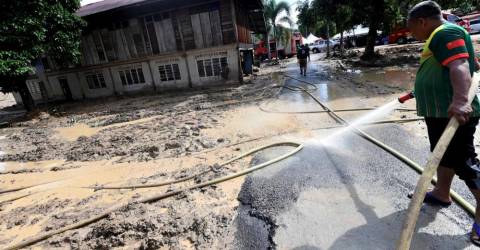 Istana Negara, in a posting on its official Facebook page, said the donations were handed over by His Majesty’s senior private secretary, Col (R) Datuk Nazim Mohd Alim, yesterday.

“His Majesty expresses hope that the donations can help alleviate their burden,” the statement read.

The floods and water surge incident on July 4 claimed three lives and affected a total of 41 areas in the district. — Bernama