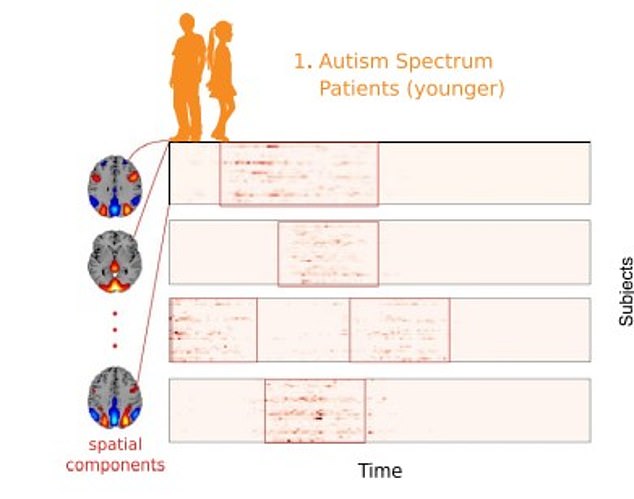 A new artificial intelligence (AI) is capable of spotting mental health conditions by sifting through brain imaging data to find patterns linked to autism, schizophrenia and Alzheimer’s – and it can do so before the symptoms set in.

The model was first trained with brain images from healthy adults and then shown those with mental health issues, allowing it to identify tiny changes that go unnoticed by the human eye.

The sophisticated computer program was developed by a team of researchers led by Georgia State who note the it could one day detect Alzheimer’s in someone as young as 40 years old, which is about 25 years before symptoms start to appear.

By catching such diseases early would help patients receive treatment that could lessen the strain of the mental illness.

The AI was trained on a massive dataset of more than 10,000 people to understand functional magnetic resonance imaging (fMRI), which measures brain activity by detecting changes with blood flow.

The AI is able to find patterns in brain scans that are linked to mental health issues. Here is the results for children the AI diagnosed with autism

Once the AI could read basic fMRI, the team then fed it datasets of more than 1,200 people who have been diagnosed with mental illnesses – autism, schizophrenia and Alzheimer’s.

And the system was able to spot different patterns for the three mental diseases.

The team notes that using fMRI to identify mental illness can be pricey – a human must carefully comb through the data – but using an AI dramatically cuts costs and time.

Vince Calhoun, Founding Director of the TReNDS Center and one of the study’s authors, said in a statement: ‘Even if we know from other testing or family history that someone is at risk of a disorder such as Alzheimer’s, we are still unable to predict when exactly it will occur. 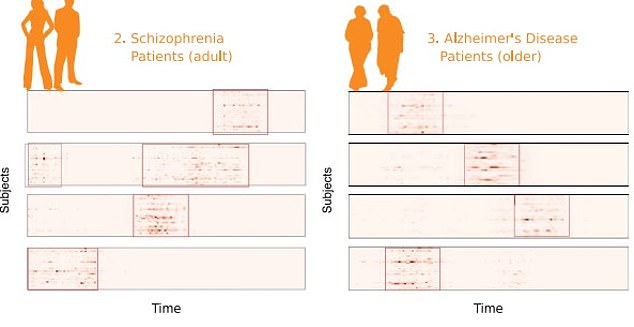 The model was first trained with brain images from health adults and then shown those with mental health issues. This allowed the AI to understand the difference between those with and those without mental illnesses

‘Brain imaging could narrow down that time window by catching the relevant patterns when they do show up before clinical disease is apparent.’

Using AI to detect mental illness is nothing new – one revealed in April analyzed people’s conversations on the social media platform Reddit to determine if they had any issues.

A team of computer scientists from Dartmouth College in Hanover, New Hampshire, set about training an AI model to analyze social media texts.

The team selected Reddit to train their model as it has half a billion active users, all regularly discussing a wide range of topics over a network of subreddits.

They focused on looking for emotional intent from the post, rather than at the actual content, and found it performs better over time at discovering mental health issues.

In their study, the researchers focused on what they call emotional disorders — major depressive, anxiety, and bipolar disorders — which are characterized by distinct emotional patterns that can be tracked. 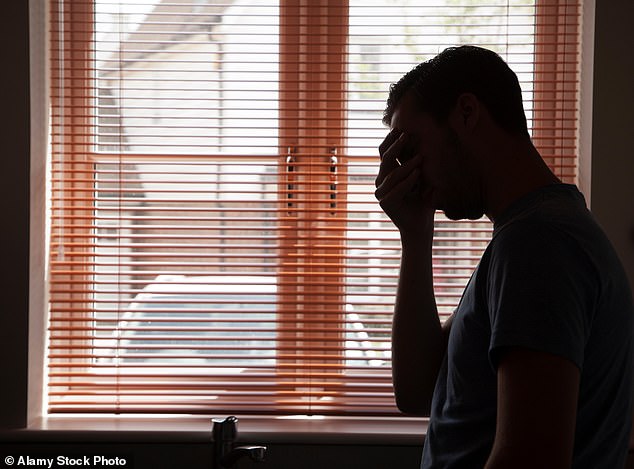 They looked at data from users who had self-reported as having one of these disorders, and from users without any known mental disorders.

They trained their AI model to label the emotions expressed in users’ posts and map the emotional transitions between different posts.

The map is a matrix that would show how likely it was that a user went from any one state to another, such as from anger to a neutral state of no emotion.

Different emotional disorders have their own signature patterns of emotional transitions, the team explained.

By creating an emotional ‘fingerprint’ for a user and comparing it to established signatures of emotional disorders, the model can detect them.

To validate their results, they tested it on posts that were not used during training and show that the model accurately predicts which users may or may not have one of these disorders, and that it improved over time.