AI powered drone creates a 3D map of the Dragon’s Breath Cave, a 670-foot deep underground lake beneath the Kalahari Desert that no one had fully explored because of its extreme depth and complexity

By Michael Thomsen For Dailymail.com

A team of researchers have mapped the mysterious Dragon’s Breath Cave in Namibia, one of the world’s largest underground lakes located below the Kalahari Desert.

The lake’s size and depth had been a problem for human divers who attempted to document it in the past.

These weren’t problems for the AI-powered underwater drone, nicknamed SUNFISH, which the team from Stone Aerospace, a company in Austin, Texas, used to create the first fully realized 3D map of the mysterious cave.

A team of engineers from Austin traveled to Namibia to try and map one of the world’s largest underground lakes, the Dragon’s Breath Cave, with an AI-powered drone

SUNFISH looks like a small enclosed canoe and is powered by a set of small propellers.

It uses a sonar mapping system to create a 3D image of its surroundings, which an onboard AI system then uses to make decisions about where to go next.

It doesn’t use GPS or any other external navigation tools so it’s entirely dependent on the accuracy of its own sensor readings.

The team from Stone Aerospace thought deploying it in a still uncharted place like the Dragon’s Breath Cave could be a good test of how self-reliant the drone would be in a real world setting. 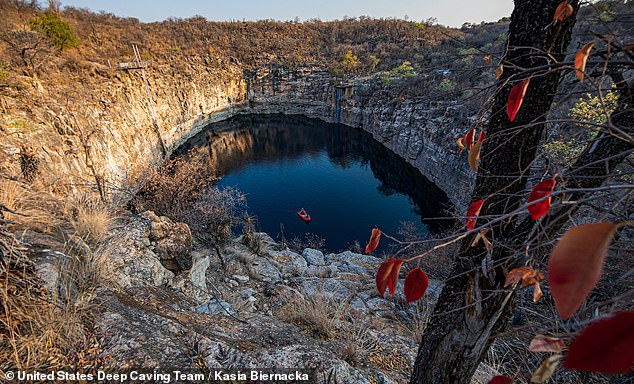 The region is filled with natural sinkholes, or ‘cenotes,’ where underground caverns and lakes poke through the surface 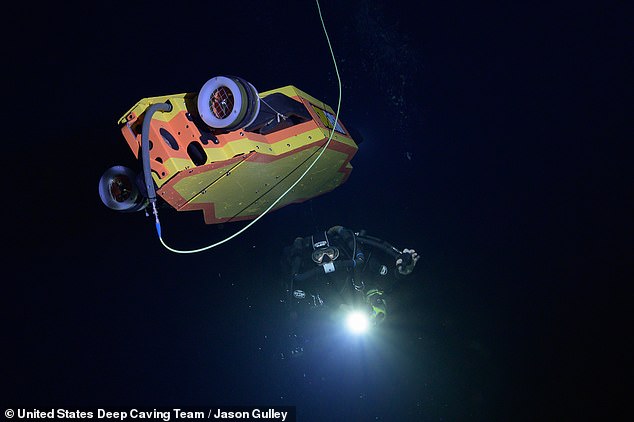 The team used an underwater drone called SUNFISH, which uses sonar mapping technology, similar to a bat’s echolocation abilities, to create detailed maps of their surroundings 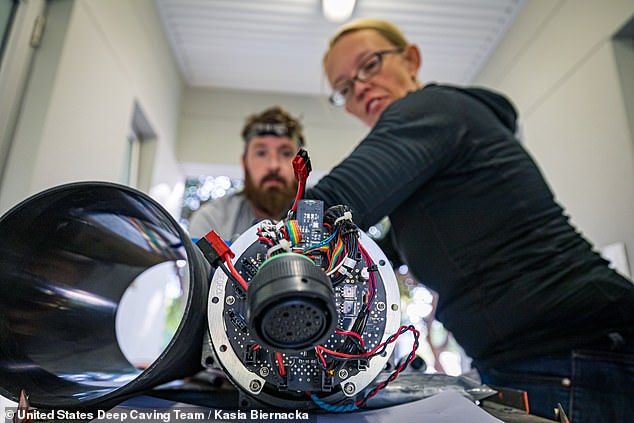 The team hope the SUNFISH drone will eventually be used to explore other planets, including Europa, Jupiter’s ice-covered moon with subterranean waters where scientists believe they might find signs of life

‘We don’t even have an orbital observatory or satellite shots like the [Mars] rover.’

The team sent the SUNFISH into the Dragon’s Breath Cave and the robot methodically mapped the space, which measured 575 wide and 670 feet deep, with an additional 200 feet of open space between the top of the water and the ground above.

For good measure, the team also used the drone to map out two other underwater lakes which were accessible through sinkholes that had eroded the arid ground above. 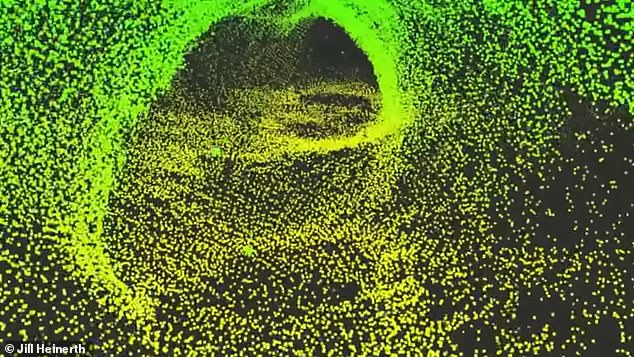 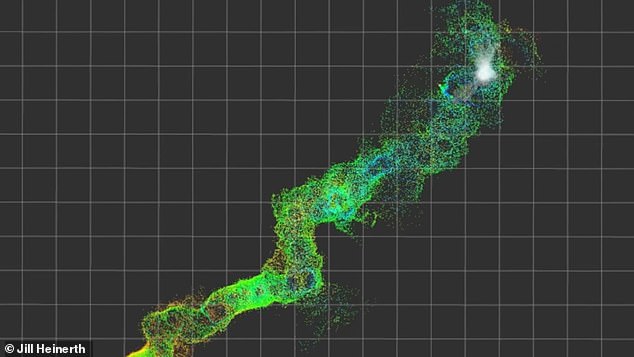 The drone’s mapping software allows it to steadily build out a full 3D map of every location its passed through, reaching areas that would otherwise be too deep and dangerous for humans 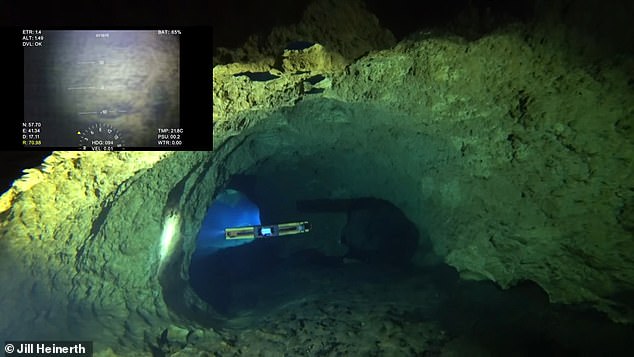 The SUNFISH drone doesn’t have any onboard GPS and because the lakes are subterranean the team couldn’t rely on overhead satellite imagery to help fill in the map, putting all the pressure on the drone’s internal imaging systems

‘This whole project is a window into where we are with this gradual transition towards true autonomy and AI behavior in completely unstructured environments,’ Stone said.

‘We’re talking about vehicles going into places never before seen by humans. And that was what SUNFISH just did, for the very first time–it explored a completely unknown place inside this planet beyond where humans had ever been before.’

Stone Aerospace researches autonomous vehicles and navigation systems for vehicles it hopes could one day be used on other planets.

The AI system used in SUNFISH could one day be used in the subterranean waters of Europa, one of Jupiter’s moons where many researchers believe signs of microscopic life might be found beneath the icy surface.

‘We are just now beginning to see what we would call ‘true AI’ entering the world of exploration,’ Stone said.