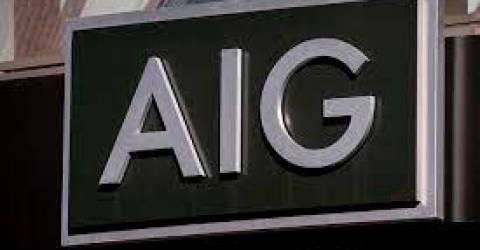 AIG said it sold 80 million Corebridge shares at US$21 per share, which was at the lower end of their indicated target range of US$21 to US$24 per share.

The IPO values Corebridge at US$13.6 billion.

All proceeds of the IPO will go to AIG and the new company is not raising new capital, according to an earlier filing with the US Securities and Exchange Commission.

Corebridge’s share sale could help shake the IPO market out of its hibernation. Russia’s invasion of Ukraine and rampant inflation triggering rises in interest rates have been driving stock market volatility since February, making it hard for companies to press ahead with listings.

IPOs in the United States are on track for their worst year in over two decades, according to Dealogic, which tracks listing data going back to 1995. So far, companies have raised about US$18 billion this year, compared with over US$231 billion during the same period last year, according to the data provider.

Other companies, including social media platform Reddit and software firm ServiceTitan, have been forced to delay their IPO plans this year in light of the volatility.

With a raise of US$1.7 billion, the Corebridge offering also marks the biggest US IPO this year, topping private equity firm TPG Inc’s US$1.1 billion listing in January.

AIG first announced it would separate its life and retirement unit and list it as a new public company in 2020, thereby allowing the insurance giant to focus on its property and casualty business.

Such a move reflects a wider trend among insurers to focus on a single product offering, given their different return profiles to shareholders; a trend which AIG had successfully fought off for years, including a campaign by activist investors in the mid-2010s advocating such a separation.

After divesting a 10% stake to private equity firm Blackstone Inc for US$2.2 billion last year, AIG filed for the Corebridge offering in March. It had initially planned to complete the listing by the end of June, before postponing it due to market turbulence.

The Houston-based AIG subsidiary provides retirement solutions and insurance products in the US.

AIG will control almost 78% of the company’s shares after the listing, with Corebridge trading on the New York Stock Exchange under the symbol “CRBG”.