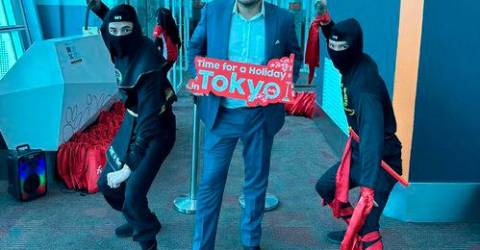 The thrice-weekly flights will be the airline’s first flight to Japan post-pandemic, ahead of its second route launch to Sapporo (Shin-Chitose) in December.

AAX CEO Benyamin Ismail said Japan is a core destination and Tokyo has always been one of its most popular routes. He added that as demand increases, it will be adding more flights to Tokyo gradually in the future to meet strong forecast demand.

“In 2019, we carried about 275,210 guests to/from Tokyo and with this service resumption, we look forward to carrying over 230,000 additional visitor seats annually through Malaysia and Japan. This will not only boost tourism and the economy between the two countries but also provide greater value for everyone in the region travelling to Tokyo.

“The resumption of services to Tokyo signifies our commitment to accelerating our growth as a mid-range airline. This is only the first of several routes to Japan that will be in service, including to Sapporo (Shin-Chitose) in December and Osaka next year. Our Malaysian guests love Japan but not only that, we have significant fly through connectivity via Kuala Lumpur to Japan including from Australia and more,” he said in a statement.