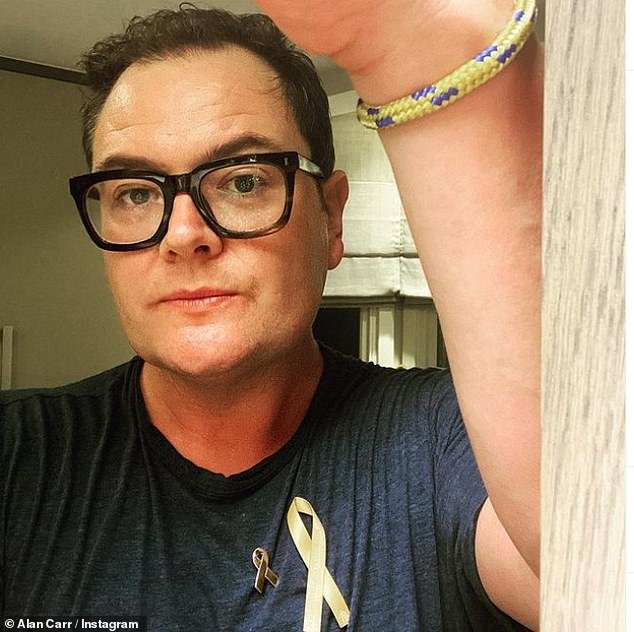 ‘Switch channels and stop your hate!’ Alan Carr fans defend ‘lovely bloke’ after he becomes subject of homophobic abuse while filling in for Zoe Ball on Radio 2

By Rebecca Davison for MailOnline

Alan Carr was defended by some of his devoted fans after the talented host was subjected to abuse with ‘homophobic undertones’ on Twitter on Monday.

The Chatty Man host, 44, was trending after filing in for Zoe Ball, 50, on her Radio 2 Breakfast show.

It was recently announced Alan would be covering five mornings from Monday 22 February while Zoe takes annual leave.

‘Switch channels. Stop your hate!’ Alan Carr fans defended the him on Twitter on Monday after he became the subject of homophobic abuse while filling in for Zoe Ball on Radio 2

He said on the show on Monday: ‘I can’t wait to spend my Monday morning with you’ as he played Tavares hit, Heaven Must Me Missing An Angel.

Alan continued: ‘Good morning superheroes, who’s with us this morning? I’m not a morning person, so this is gonna be a lot of fun.’

Lots of people enjoyed listening to him, but others were forced to leap to his defense after spotting some negative tweets. 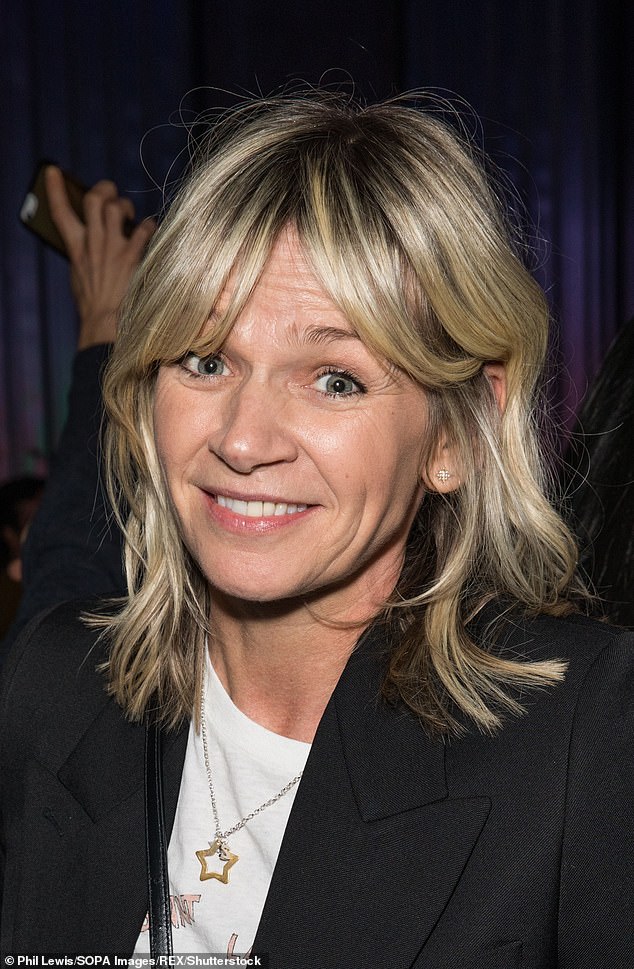 One wrote on Twitter: ‘Oooooo, loving the homophobic undertones in lots of the Alan Carr tweets this morning! There are hundreds of radio stations; If he offends you so much just pick another one! Yikes!!!! Middle England never lets us down….’

Another wrote: ‘Not even listening to Radio 2 but I know Alan Carr is funny as f**k and people are just projecting a dislike for him being camp.’

‘The way 95% of the people tweeting about Alan Carr on Radio 2 are quite obviously coming from a place of homophobia.’

‘I’m sure Alan Carr is a lovely bloke, but that is not a voice I want to ease me from sleep into work mode first thing in the morning. Radio 2 becomes more unlistenable by the day. *switches off*.’

‘The underlying #homophobia from everyone complaining about #AlanCarr’s voice on the radio this morning. Literally nobody cares hun. Switch channels + STFU with your hate #EverydayHomophobia.’

Yet lots of people were a big fan of Alan’s work and took to social media to heap praise on him.

They wrote: ‘Strangely I prefer Alan Carr and will be listening. Missed this morning as didn’t know. It’s lucky we are not all the same.’

‘@chattyman. You need a regular spot on radio two ! So lovely listening to you and we need extra laughs at this time in our history.’

‘Alan Carr was brilliant on the radio this morning. Great way to start a Monday.’

‘I never listen to Radio 2 either but I’ll be tuning in this week especially to hear the wonderful Alan Carr.’