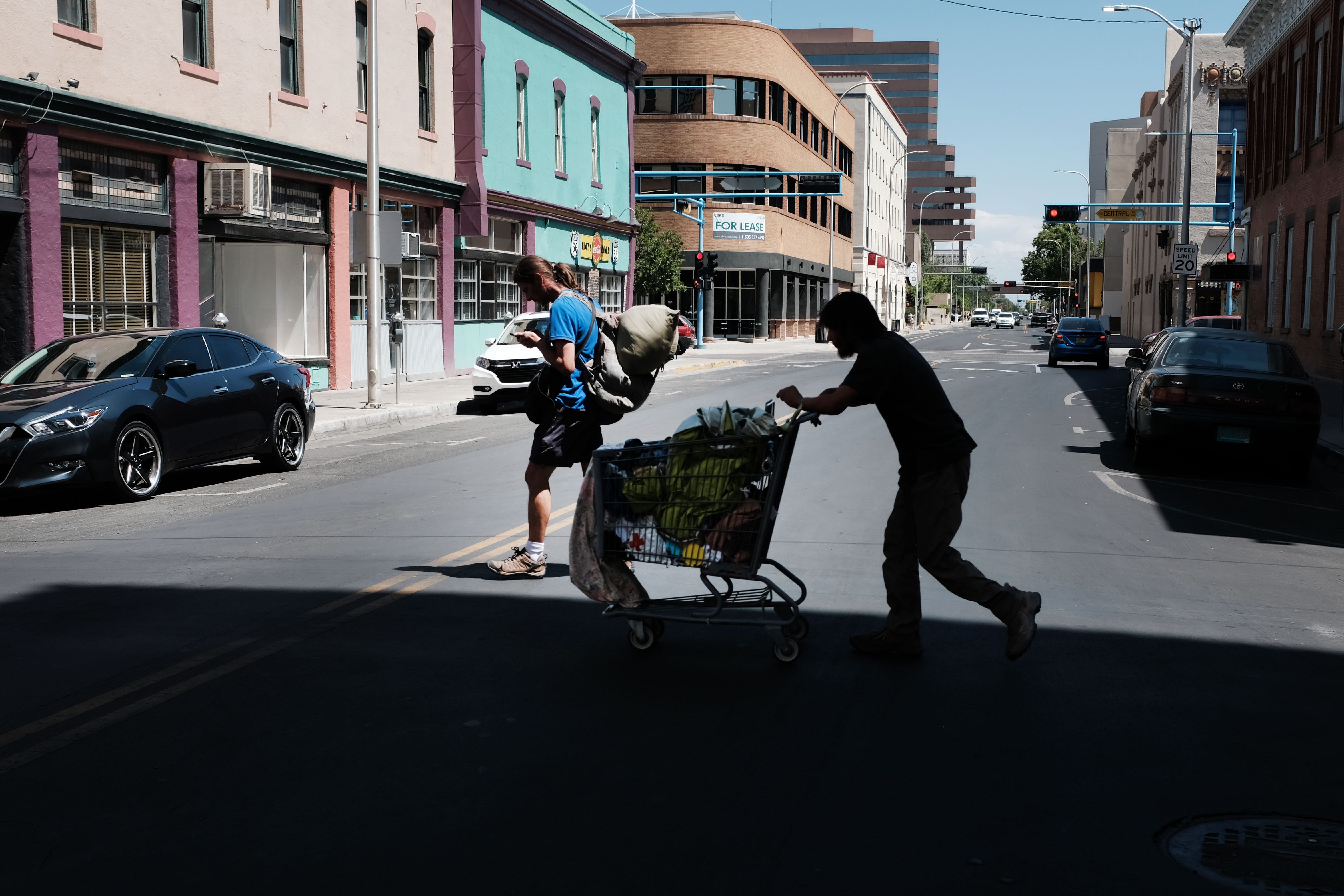 The mayor of New Mexico’s largest city says his administration is revisiting how it addresses homeless encampments.

Amid increasing criticism from the public and some city councilors about unsanctioned camp sites, Albuquerque Mayor Tim Keller said the current situation at Coronado Park is unacceptable and his administration is looking toward a new approach to the dozens of unhoused people who sleep there.

Albuquerque’s mayor will determine how the city goes about fixing the homeless problem.
(Spencer Platt/Getty Images)

However, the Albuquerque Journal reports Keller’s administration has not determined the exact framework it wants to pursue.

“We know we need to get our ducks in a row. It is extremely dangerous for our officers, for our civilians, for the unsheltered and for taxpayer funding because of litigation, to make a rash decision about how we handle Coronado,” Keller told the Journal.

Keller administration officials said homelessness is a complex problem with resource and legal considerations and the encampment problem is not unique to Albuquerque.