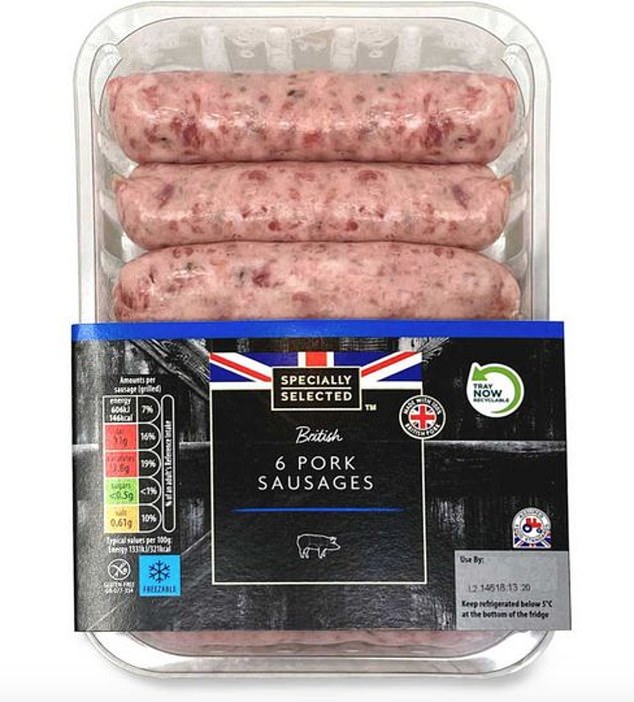 All you need for a sizzling BBQ! Aldi’s £1.99 pork sausages are crowned best in Which’s taste test alongside The Black Farmer’s £2 bangers – beating Tesco and M&S to the top spot

Aldi has beaten upmarket rivals including M&S and Waitrose as their £1.99 pork sausages were crowned joint winners in Which’s blind taste test.

The consumer platform asked a panel to blind-taste and rate pork sausages from 12 supermarkets including Lidl, Iceland and Sainsbury’s, plus branded versions including Heck and The Black Farmer.

In joint first place were Aldi’s six specially selected British pork sausages for £1.99 and the premium pork sausages from Cornish-based brand The Black Farmer at £3.05 for six.

Runners up from the taste test were bangers from Tesco and M&S, while sausages from Waitrose, Heck and Morrisons received lower scores from the panel of consumers. 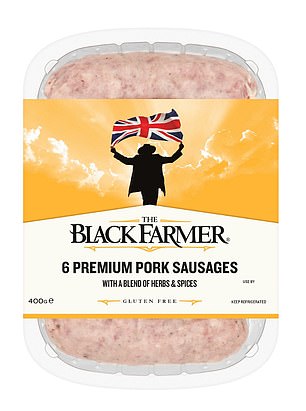 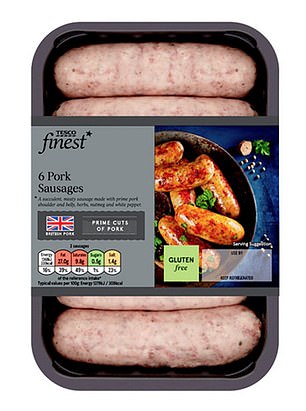 At just £1.99 for a 400g pack, Aldi’s sausages were the cheapest sausages on test and scored five stars for both their succulent pork flavour and their appealing colour.

Meanwhile, The Black Farmer’s sausages also received impressive marks across the board with a matching score of 76 per cent.

These sausages scored highly when it came to taste, with around three quarters of tasters liking the strength of the pork flavour, while roughly 85 per cent enjoyed the saltiness and colour.

Tesco’s Finest British pork sausages at £2.60 for 400g, were close runners up with a high score of 74 per cent. Tasters loved their appearance and smell but felt they could use more seasoning. 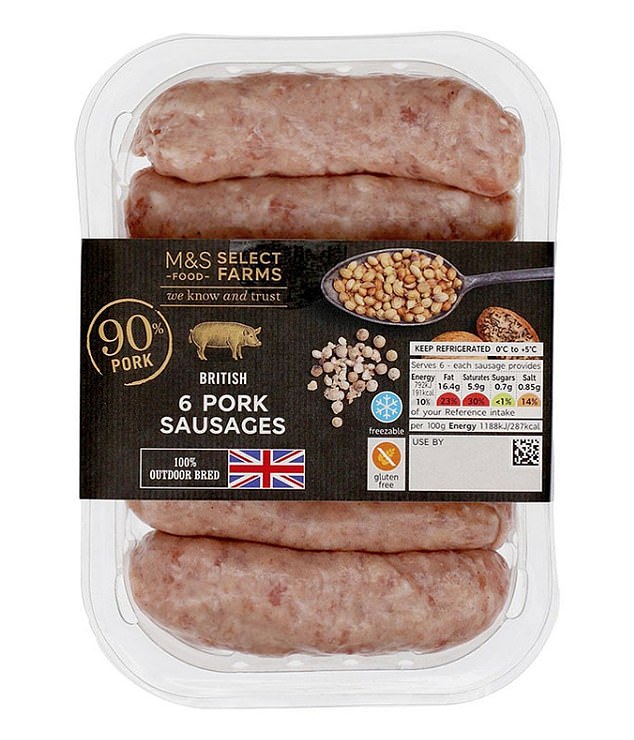 M&S were also crowned runners up with their Select Farms British pork sausages at £3.40 for 400g. Tasters enjoyed the appearance and smell but wanted a little more flavour (pictured)

M&S were also crowned runners up with their Select Farms British pork sausages at £3.40 for 400g. Once again, tasters enjoyed the appearance and smell but wanted a little more flavour.

The M&S pork sausages were the second-most expensive on the test but around four in ten tasters felt their seasoning was lacking.

Among the lower rated sausages were the Waitrose free range sausages which at £3.50 for 400g were the most expensive bangers reviewed on the entire test – however tasters felt the flavour was too weak. 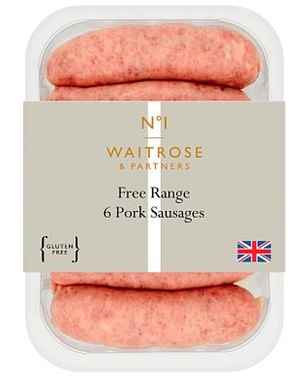 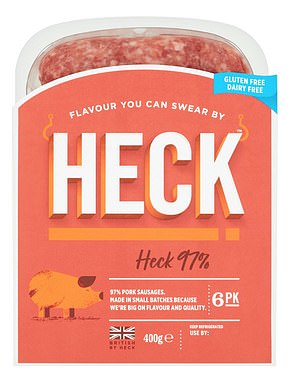 Some tasters weren’t keen on the appearance of Heck pork sausages at £3 for 400g, while over four in 10 tasters felt they were too salty.

Morrisons thick pork sausages at £2.75 for 400g scored poorly for both flavour and texture – with over half of the consumer panel finding them to be lacking in taste.

Julie Ashfield, Managing Director of Buying at Aldi, said of their joint win: ‘We know we offer amazing quality at everyday prices, but to hear consumers agree is always really reassuring.

‘We’re delighted to be able to offer shoppers the best quality sausages at the lowest price from Aldi.’