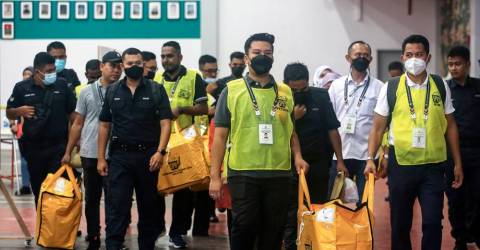 KUALA LUMPUR: A total of 94.72 per cent, or 212,961 individuals, have fulfilled their responsibilities as early voters in the 15th General Election (GE15) and the Bugaya by-election today.

Thus, he said the EC congratulated all Returning Officers and their teams for carrying out their responsibilities well for the voting process, which started at 8 am.

“We also extend our congratulations and thanks to the Royal Malaysia Police, Malaysian Armed Forces, Health Ministry, National Security Council, local authorities, Information Department, media and all quarters, directly and indirectly involved, for the cooperation and support given to EC,” he said.

The polling day for GE15 and Bugaya by-election is on Nov 19. – Bernama