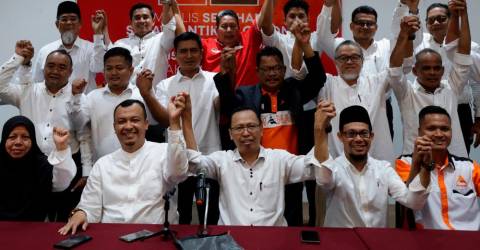 KUANTAN: Amanah today announced its candidates for four parliamentary and 16 state seats in Pahang in the 15th general election (GE15).

When unveiling the list, Pahang Amanah chairman Zulkifli Mohamed this was an increase over the one parliamentary and 11 state seats it contested in the last general election.

The candidates were a mix of old and new faces and comprised leaders from various backgrounds, including professionals and businessmen, he told a press conference here.

He said two of its candidates are women, who will be contesting in the Guai and Tanjung Lumpur state seats.

The youngest candidate is state Amanah communications and new media director Ahmed Wafiuddin Shamsuri, 27, who will be standing in the Pelangai state constituency.

Following is the list of Amanah candidates for state seats in Pahang: