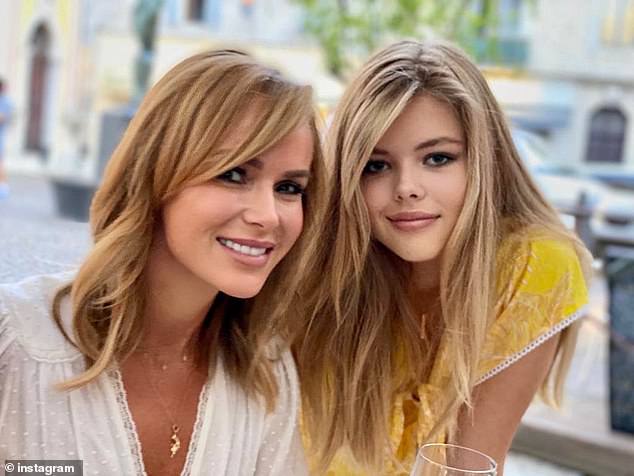 By Natasha Hooper For Mailonline

She is enjoying her summer off work after waving goodbye to her Heart Radio show this week.

The Britain’s Got Talent judge, 49, shared a picturesque snap alongside her lookalike daughter to social media.

Amanda smiled towards the camera in the sun-drenched image wearing delicate gold jewellery and a white summery blouse.

Her daughter, Lexi also opted for a feminine outfit choice as she wore a bright patterned top with white trim detailing. 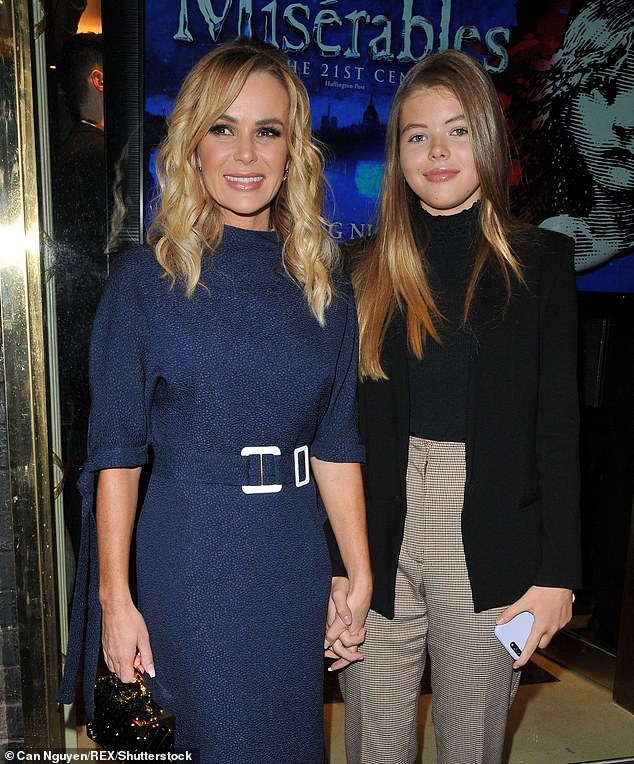 Family affair: The Britain’s Got Talent judge, 49, frequently attends events with her stunning daughter including the ‘Les Miserables’ musical in January earlier this year

Amanda on the other hand, sported her signature shoulder-length locks with a strawberry-blonde hue.

The mother-daughter duo looked angelic and relaxed in their holiday snap posted on Instagram.

The TV presenter lives in Richmond-upon-Thames with her musician husband, Chris Hughes, and their two daughters, Lexi, and Hollie Rose Hughes, eight.

The pair originally met in 2003 in Los Angeles but began dating a year later.

They tied the knot in 2008 at St Margaret’s Church in Somerset and held their reception at Babington House – the same lavish wedding location as TV host James Corden and his wife, Julia Carey.

Their eldest daughter was two at the time and she attended the extravagant ceremony.

The couple have suffered hardships in their relationship such as the loss of their baby son, Theo, in 2011. 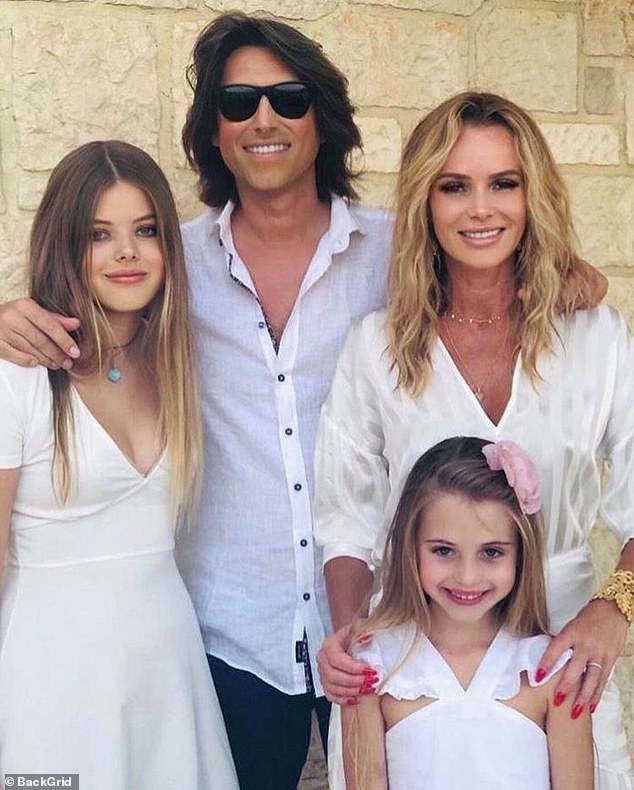 Amanda gave birth to her stillborn child when he was seven months old and credits Chris for being her rock through difficult times.

She said to Hello!:  ‘Chris is very funny and errs on the side of lightness.

‘We can make jokes out of any situation throughout the best and darkest times of our lives.

‘He’s rubbish at romance, but he’s there for the solid things – such as keeping my car clean and making sure I relax.

‘He’s a proper bloke who looks after me. I’m a strong, opinionated woman, but he helps steer the Mandy ship.’ 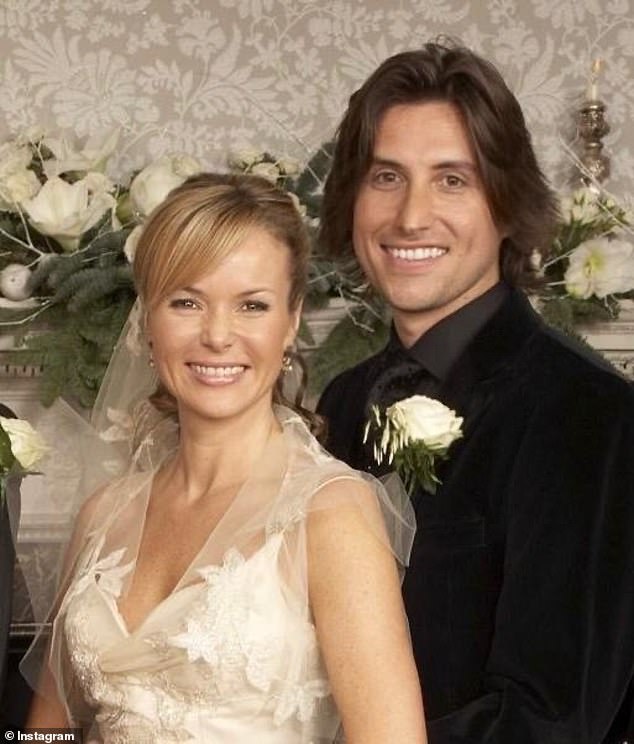 Celebration: The pair married in an extravagant Christmas-inspired ceremony at St Margaret’s Church in Somerset followed by a reception at the members only club Babington House