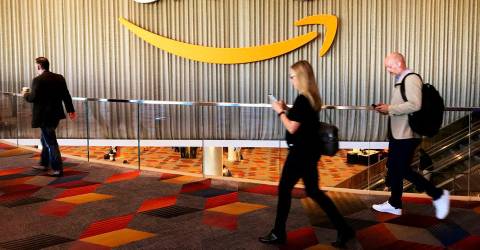 MADRID: Amazon cloud computing unit AWS plans to invest $2.5 billion in Spain over the next 10 years which will create over 1,300 jobs, the US e-commerce giant said Wednesday.

The investment will be used to set up and operate a cloud computing hub in Spain, its eighth in Europe, the company said in a statement.

“We are delivering on our promise to build new world-class infrastructure locally to help customers in Spain achieve the highest levels of security, availability, and resilience,“ AWS vice president of infrastructure services, Prasad Kalyanaraman, said in the statement.

Cloud computing — storing data, software, and even business functions over the internet — has been taking over tech.

The pandemic has accelerated a shift to relying on the internet for work, education, shopping, socialising and entertainment, fuelling demand for cloud computing.

Amazon said its investment would add 1.8 billion euros ($1.8 billion) to Spain’s gross domestic product over 10 years, in addition to creating over 1,300 jobs.

The announcement comes as Amazon is preparing to lay off as many as 10,000 employees around the world, according to a report published Monday in the New York Times.

If confirmed it would be the largest round of firings in the history of the 28-year-old company which had 1.54 million employees worldwide at the end of September.

The Times report said the affected positions will be located in Amazon’s devices department, the retail division and human resources. – AFP