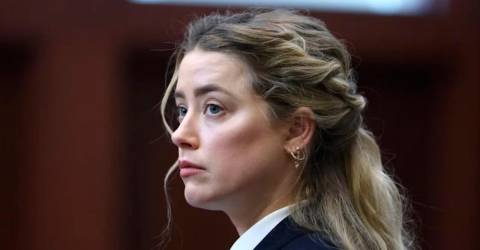 Both sides have presented conflicting accounts of long-term domestic abuse throughout their marriage, which ended in 2016. The tabloids have been reporting every detail, with many people giving their own opinions about the failed relationship and the allegations.

However, the latest commentary on the case has come from a rather unexpected quarter: the makeup brand Milani.

Their involvement was sparked by a comment made by Heard’s lawyer during opening statements. The lawyer had stated that Heard had used Milani Cosmetics‘ All In One Correcting Kit to camouflage her bruises during her alleged physically and mentally abusive relationship with Depp.

Milani Cosmetics responded to the claim with a TikTok. “You asked us … let the record show that our Correcting Kit launched in 2017,” the brand captioned the video.

The video highlighted that Heard’s alleged abuse at the hands of Depp began around 2014 and that the couple were divorced in 2016, before the release of the correcting kit.

Netizens immediately latched on to the brand’s video as ‘proof’ that Heard had been lying about the timeline of the abuse. However, as of now, there have been no further comments by Milani nor its representatives, and it remains to be seen whether Depp’s attorneys will use the newfound knowledge in court to counter her claims.

The current court case involves a US$50 million (RM216.27 million) lawsuit filed by Depp against Heard, over an op-ed she wrote in 2018 strongly implying that the actor had abused her.