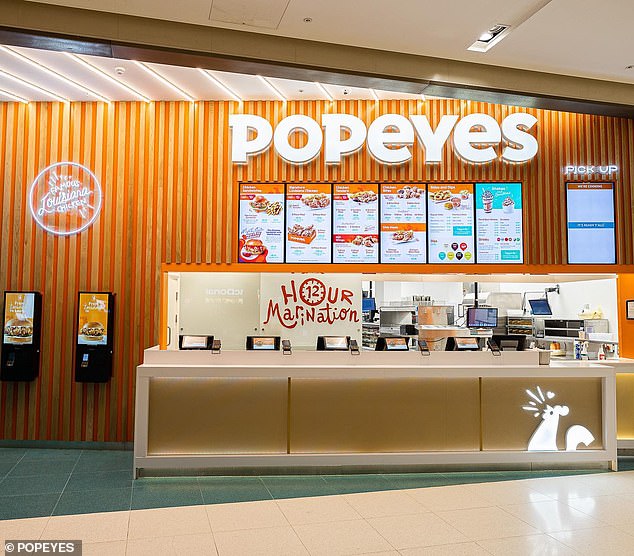 The fried chicken company Popeyes is the latest American food chain to target British customers with its plans to open drive-thru sites across the UK.

The chain first opened in Britain in November 2021 at East London‘s shopping centre Westfield. The Lousiana Kitchen has since emerged in areas such as Oxford, Nottingham and Gateshead.

There are now plans for further expansion in 2023, with 20 more restaurants set to open next year – bringing the chain’s total UK sites to 31.

Popeyes is the latest American fast food giant to expand its British base of operations, after Wendy’s, Taco Bell and Wingstop all entered the UK market in recent years.

Croydon, Cambridge and Reading will be next in line to see the opening of a new Popeyes in early 2023, according to The Caterer.

The Popeyes in Westfield shopping centre, East London, was the first to appear in the UK in November 2021, followed by restaurants in Oxford, Nottingham and Gateshead. There are now plans for further expansion, with 20 more Popeyes restaurants set to open next year

This will be followed by Cardiff, Rotherham and Glasgow, alongside plans for new Popeyes delivery kitchens.

These will appear in Dulwich and Brent Cross, adding to existing kitchens in Maida Vale, Whitechapel, Battersea and Bermondsey.

Meanwhile, there will be new drive-thru locations opening – with the first believed to be in Rotherham’s Parkgate Shopping Park.

Speaking about the expansion, CEO at Popeyes UK, Tom Crowley, said: ‘There is a pattern emerging now at all our openings with people queuing through the night to be the first in line on opening day. 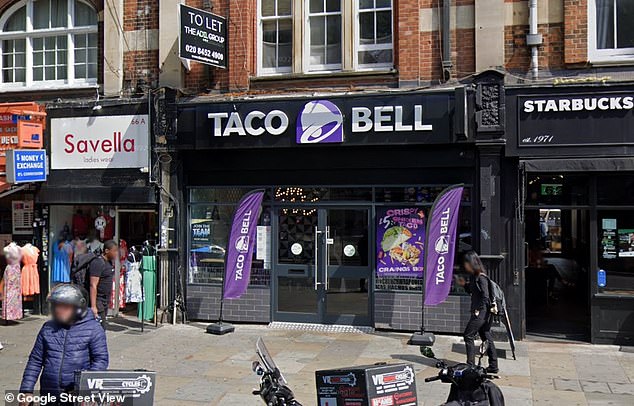 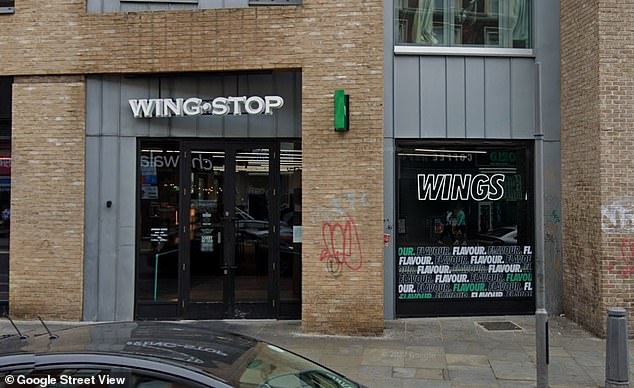 ‘It’s fantastic to see how well we are being received right across the UK.’

Speaking of the plans for new drive-thru sites, he said: ‘As well as the new high street restaurants and delivery kitchens, we’re also very excited to announce that in 2023, we’ll be opening a raft of drive-thru locations, with the first likely to be in Rotherham at Parkgate Shopping Park.

‘Consumer demand has been high for a drive-thru ever since we landed in the UK, so it feels like a real milestone for us.’ 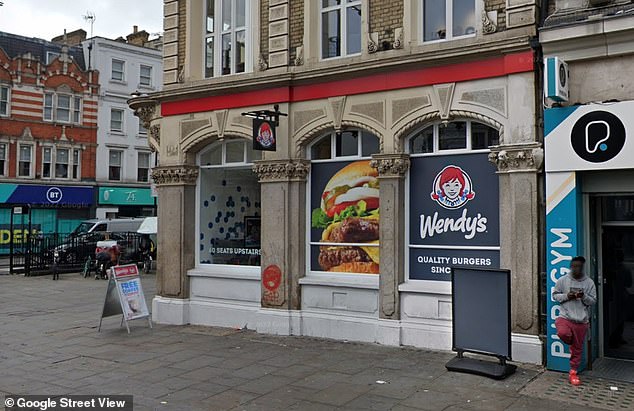 The American food chain Wendy’s, set up in locations such as Camden, has opened 25 restaurants in the UK since its return in 2021

Meanwhile, fellow American food chain Taco Bell has also been expanding in Britain – with the first UK store opening in 2010 and 150 aimed to have opened by the end of 2022, according to whichfranchise.com.

In a recent Tweet from November 8, they also shared: ‘We’ve got some news and Chesterfield, we want to ‘taco bout it with YOU! Get ready for your new store!! Now opening 14th November.’

The American food chain Wendy’s has also been ambitious with its expansion plans, opening a total of 25 restaurants in the UK since its return in 2021.

Ten of these are company owned and operated in Reading, Stratford, Croydon, Oxford, Brighton, Romford, Ilford, Camden, Maidstone and Sutton – ‘with plans to open more company and franchise-operated restaurants in the future’, a spokesperson for Wendy’s told MailOnline.