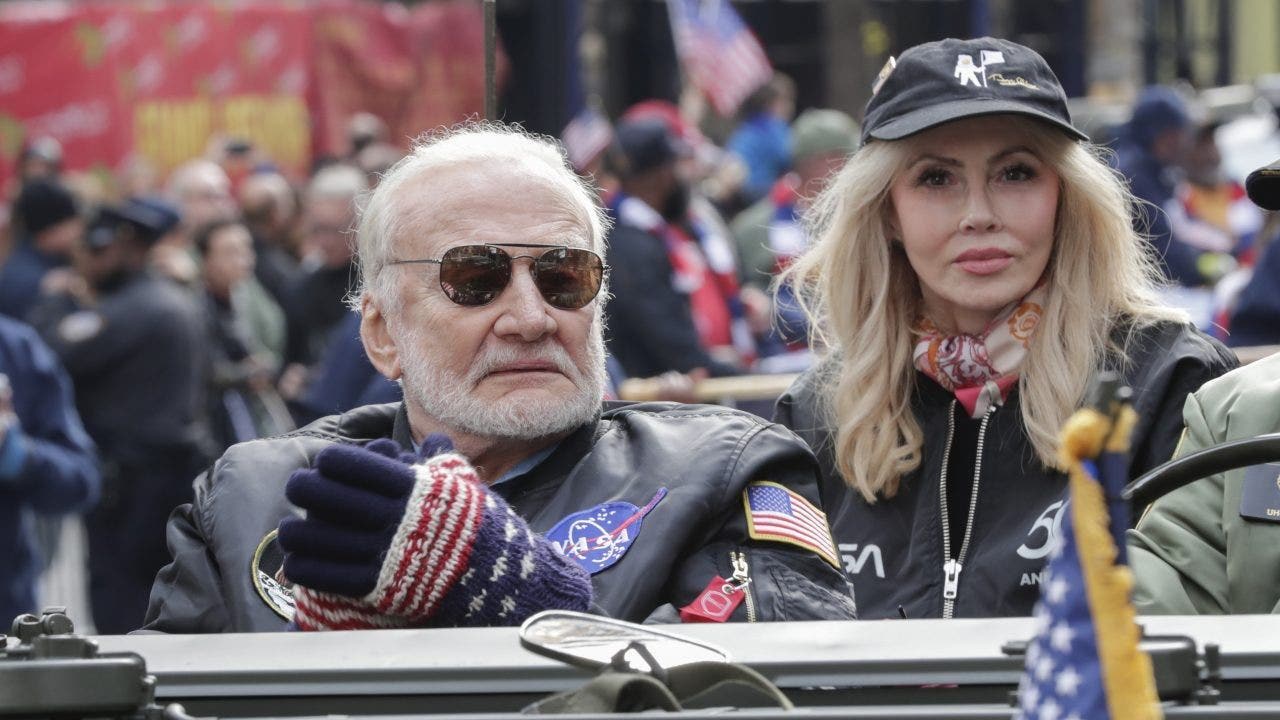 Famed astronaut Buzz Aldrin surprised the country with a marriage announcement Friday on his 93rd birthday.

He and Faur “are as excited as eloping teenagers,” he added.

Buzz Aldrin and Anca Faur stand during the National Anthem during a dinner commemorating the 50th anniversary of Apollo 11’s return to Earth at the Richard Nixon Presidential Library and Museum in Yorba Linda, California, on Tuesday, July 23, 2019.
(Jeff Gritchen, Orange County Register/SCNG)

Buzz Aldrin salutes the U.S. Flag is brought in to a dinner commemorating the 50th anniversary of Apollo 11’s return to Earth at the Richard Nixon Presidential Library and Museum in Yorba Linda, California, July 23, 2019.
(Jeff Gritchen, Orange County Register/SCNG)

“On my 93rd birthday and the day I will also be honored by Living Legends of Aviation, I am pleased to announce that my longtime love Dr. Anca Faur and I have tied the knot.”

Aldrin included photos of the couple in their wedding outfits in the announcement. The retired astronaut’s tuxedo lapel was filled with decorations from his service.

Aldrin was the second man to walk on the moon — following Neil Armstrong — on the famous Apollo 11 mission.

Faur, 63, has a doctorate in chemical engineering from the University of Pittsburgh and is involved as an executive vice president for Buzz Aldrin Ventures.