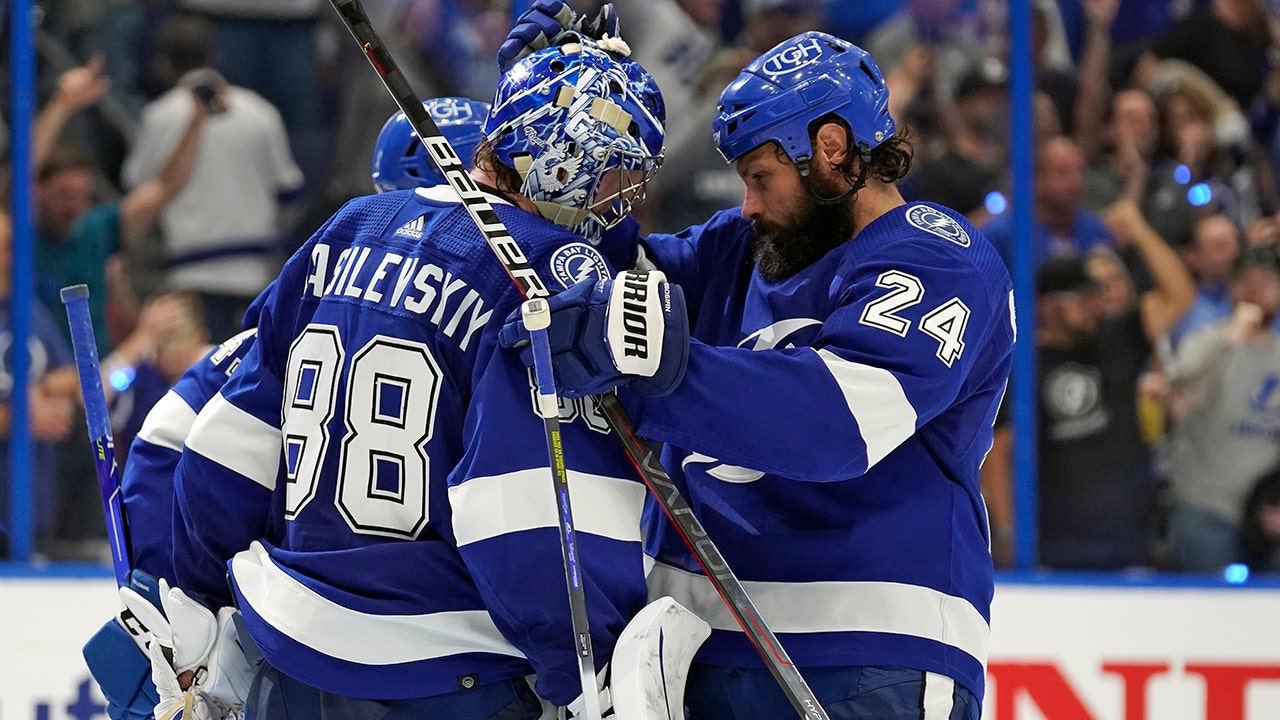 The Tampa Bay Lightning on Tuesday evened the Eastern Conference final against the New York Rangers with a 4-1 victory in Game 4 of the series.

The Lightning got a huge performance from goaltender Andrei Vasilevskiy. The net-minder shutout the Rangers for more than two whole periods and stopped a flurry of shots from the Rangers in the final four minutes of the third period to hold on for the win.

Tampa Bay Lightning goaltender Andrei Vasilevskiy (88) makes a save as he blocks a shot against the New York Rangers during the third period in Game 4 of the NHL Hockey Stanley Cup playoffs Eastern Conference finals Tuesday, June 7, 2022, in Tampa, Fla.
(AP Photo/Chris O’Meara)

He finished with 33 saves on 34 Rangers shots.

It was Kucherov’s third straight game with a goal.

Steven Stamkos got the third goal in the third period. He made the lead nearly insurmountable with his score, putting Tampa Bay up 3-0.

New York got on the board on the power play thanks to Artemi Panarin. But it wasn’t enough to inspire a comeback for the Rangers. Game 3 hero Ondrej Palat scored an empty-net goal in the final seconds after New York pulled Igor Shesterkin.

Shesterkin finished with 27 saves on 30 shots.

Both teams only need two wins out of the next couple of games to advance to the Stanley Cup Final. The Lightning are looking for their third consecutive appearance in the Final while the Ranger are hoping to get back there for the first time since 2014.

Tampa Bay started their home portion of the series down 0-2 but have won their first two games at Amalie Arena to increase their win streak to six games on home ice.

Game 5 is set for Thursday night at 8 p.m. ET. The winner of the series will face off against the Colorado Avalanche in the Stanley Cup Final.