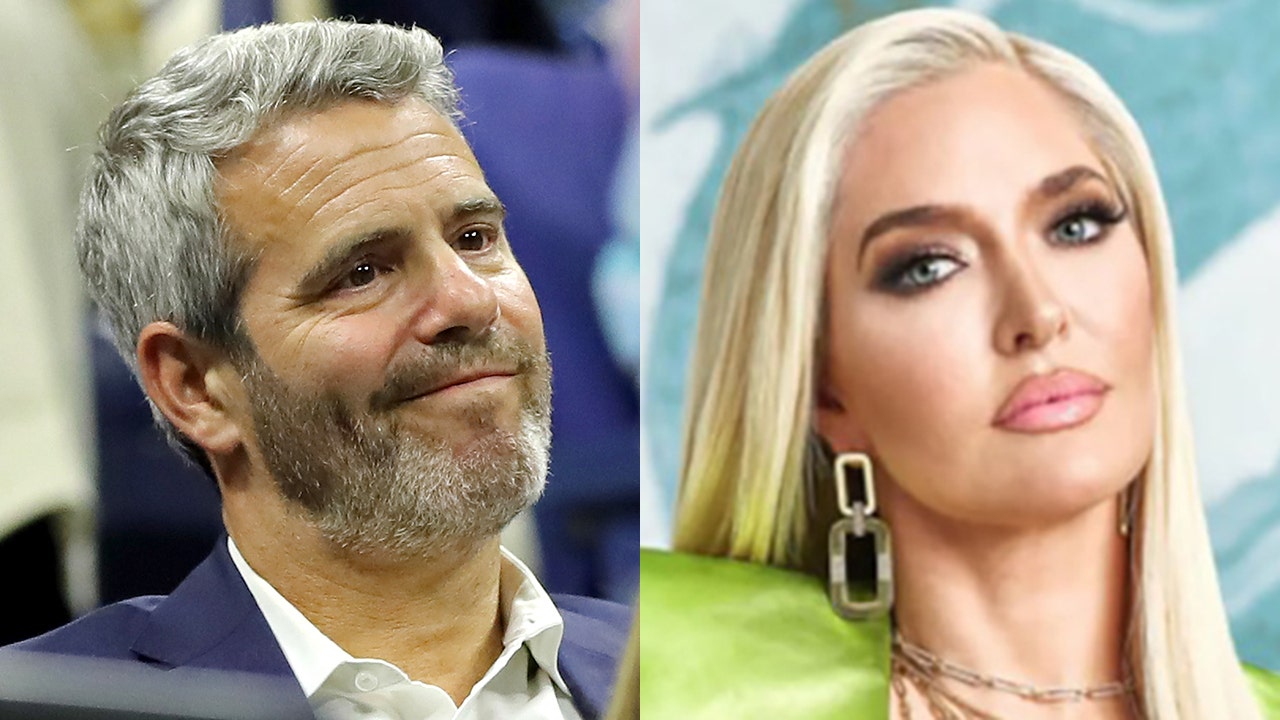 Andy Cohen shared how he really feels about the calls from critics demanding Erika Jayne be fired from “The Real Housewives of Beverly Hills.”

The 50-year-old reality star has been on the receiving end of backlash amid her legal woes involving her ex, former California attorney Thomas Girardi, whom she filed for divorce from last fall.

Speaking at an event for the release of Dave Quinn’s book, “Not All Diamonds and Rosé: The Inside Story of The Real Housewives from the People Who Lived It,” Cohen told Entertainment Tonight he’s not paying much mind to the comments surrounding Jayne’s legal scandal.

First, Cohen reminded the public, “She has not been charged with a crime, as you may or may not know, and the story is unfolding as we watch.”

Critics are calling for Erika Jayne to be fired from ‘The Real Housewives of Beverly Hills.’
(Matt Winkelmeyer/2021 MTV Movie and TV Awards/Getty Images for MTV/ViacomCBS)

He went on to call Jayne’s legal battle, which was a major talking point amongst the Beverly Hills housewives in their most recent season, “an interesting story that we’ve seen.”

“Our mutual friend, Teresa, was involved in some bad business and we kept cameras going to see how that unfolded, I think, because so many viewers were invested in Teresa.”

The “Watch What Happens Live” host also fielded a question about whether all of the same housewives from this past season will return.

Andy Cohen hinted he doesn’t agree that Erika Jayne should be fired in a new interview.
(Getty/Bravo)

“You got to wait and see! But I will say that it was such a blockbuster season that it would be my hope that it would remain, somehow, some way, intact…I hope everybody’s back,” Cohen said.

Earlier this week, Jayne was spotted stepping out in Los Angeles for the first time publicly since the “Real Housewives of Beverly Hills” reunion aired.

Over the last year, she’s been hit with several lawsuits and allegations of shady financial dealings.

During the first part of the “Real Housewives of Beverly Hills” reunion on Bravo last week, Jayne spoke openly about her legal troubles when pressed by Cohen.

Cohen, 53, didn’t shy away from directly addressing the elephant in the room. Fortunately, Jayne explained that she was “happy” to talk openly about her drama and “close this chapter” in her life.

In last week’s reunion episode, Erika Jayne questioned why she should be fired and asked viewers to let her defend herself.
(Photo by Jen Lowery/MEGA/GC Images via Getty Images)

Among the earlier questions, the star was asked was whether her attorneys advised she leave the show. She said they did.

“But I said no because I have nothing to hide,” she explained, noting that lawyers warned her that things could get “flipped around on” her, but she chose to stay on-air anyway.

She also addressed fans’ continued calls for her to leave. “Why should I be fired?” Jayne asked Cohen. “Why are you presuming that I’ve done something? Why aren’t we letting the legal process play out?”

Jayne added, “You’ve heard one side – and a lot of bulls–t on that side. Give me a chance to defend myself. Watch me. I’m ready for the challenge. Watch me do it.”