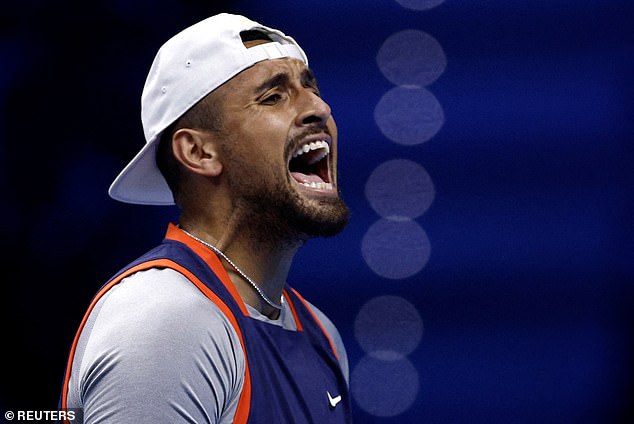 Former world No.1 Andy Murray feels Nick Kyrgios is ‘knocking at the door’ of his first major title and says embracing hometown pressure could help the Australian break through.

A three-time grand-slam winner, Murray is urging Kyrgios to use the support of fans at Melbourne Park to become the first local male to win the Australian Open title since Mark Edmondson in 1976.

‘I always found it helped at Wimbledon – the stuff away from the court is difficult and something you have to manage but when you actually get on the court, the pressure and the support and everything, it makes a difference,’ said the 35-year-old, who will next week suit up for his 15th Open.

‘Home support is a positive thing in football or soccer, and I’m assuming in Aussie Rules it is like that as well – the home team tends to perform better, and it is the same with tennis.’

‘It is just not easy, there have not been loads of players over the years who have managed to win home slams,’ said Murray, a five-time Australian Open finalist. 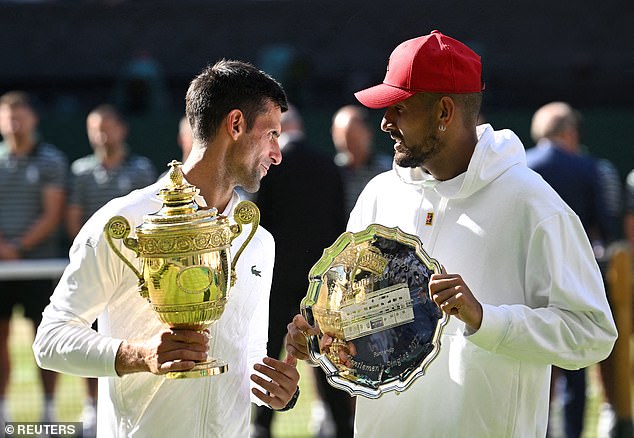 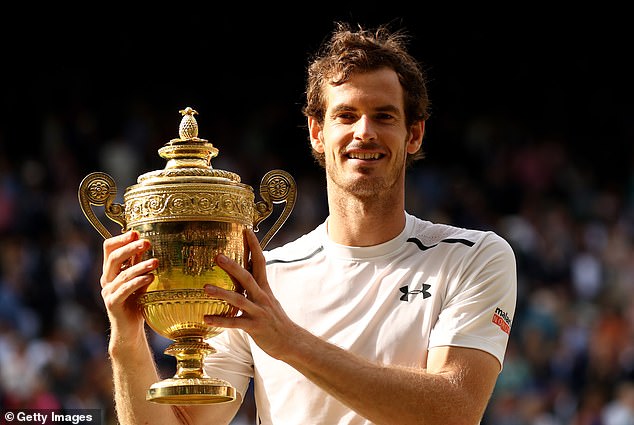 Murray won three Grand Slam, including two Wimbledon triumphs in 2013 and 2016 (above)

‘Because there is just a bit more spotlight on the sport, with social media and all of those things, that you maybe feel the pressure slightly more.

‘We did it in the UK, the US have done great with Serena and Venus [Williams] but on the men’s side it has been a little while. It’s not that easy, there is obviously pressure and expectation.’

Murray has long been a locker-room ally of the polarising Kyrgios.

The top-ranked Australian made the Wimbledon final last year and the last eight of the US Open. He also won the Open doubles with Thanasi Kokkinakis. 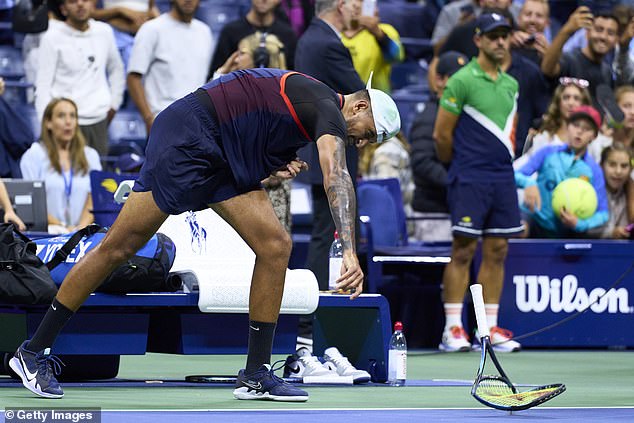 Murray feels Kyrgios is not far off winning his maiden major.

‘Last year he won the doubles here and then had a great run at Wimbledon as well,’ he said. He was really close and he wasn’t that far away at the US Open either.

‘He’s been knocking on the door the past couple of slams and hopefully he has a good preparation and everything to give himself the best chance.