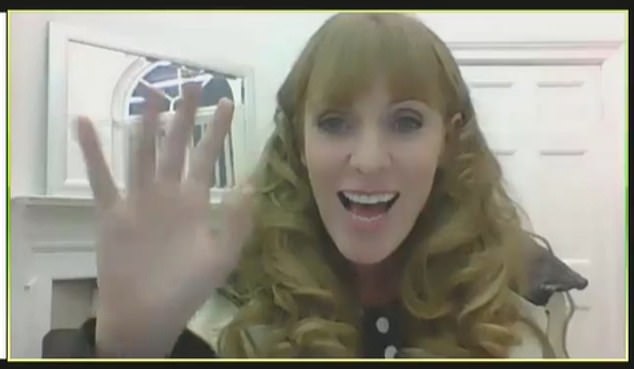 Angela Rayner’s name was top of the guest list for ‘Beergate’, shows leaked memo – while Labour claims it made an ‘honest mistake’ when it wrongly denied she was present

Labour last night faced mounting questions over its claim that it made an ‘honest mistake’ when it wrongly denied that Angela Rayner was present during ‘Beergate’.

In January, a Labour press officer insisted that the Deputy Leader was not present at Durham Miners Hall.

But last month, after a Daily Mail investigation established that Rayner (right, in Durham) had been there, Labour admitted ‘Angela was present’, with a source claiming the earlier denial was ‘an honest mistake’.

Angela Rayner waves at the offices of Redhills, the home of the Durham Miners Association in Durham

But the leaked document reveals that Ms Rayner – denoted by the initials ‘AR’ – was listed as one of the key Labour figures due to be present on April 30, 2021.

Indeed she and Sir Keir were both scheduled to film a ten-minute ‘piece to camera’ at Miners Hall between 7.15pm and 7.30pm.

The revelation raises uncomfortable questions over why – despite evidence in its own internal documents – Labour denied her presence then failed for months to correct the record.