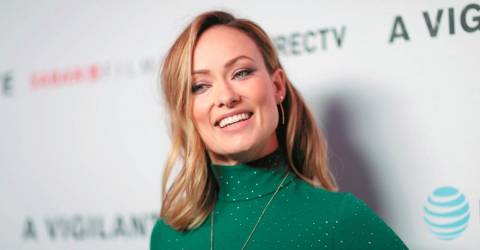 IN recent weeks, Don’t Worry Darling director and actress Olivia Wilde has come under fire due to rumours of an on-set feud with star Florence Pugh, as well as some scandalous stories emerging from the breakdown of her marriage to actor Jason Sudeikis, courtesy of a former nanny.

However, one particularly upsetting claim that Wilde abandoned her dog in order to spend time with new beau Harry Styles appears to have been debunked.

The Los Angeles-based animal rescue from which Wilde and Sudeikis adopted their dog Gordy released a statement over the weekend to clear the air.

The statement by MaeDay Rescue explained that Wilde adopted Gordy at two months, and “after giving him much love and training and travel adventures, [Wilde] realised that Gordy didn’t love the travel life and wasn’t happy around toddlers.”

Because of that, she had approached MaeDay to discuss possible solutions that would benefit Gordy, and after finding out that he had formed a close bond with his dogwalker, decided to rehome Gordy.

The group, which said it was “involved in the decision,“ noted, “We pride ourselves on finding that perfect forever home for our Maeday animals and every once in a while the animal is just happier in a different environment and that’s okay.”

As to further claims made by the nanny, both Wilde and Sudeikis have strongly refuted them, releasing their own join statement which read: “As parents, it is incredibly upsetting to learn that a former nanny of our two young children would choose to make such false and scurrilous accusations about us publicly.”