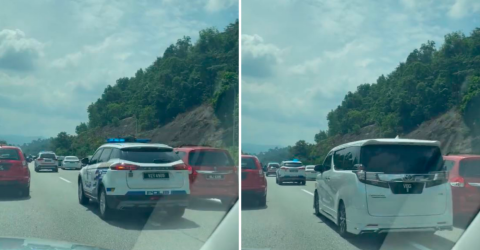 BUKIT Mertajam MP Steven Sim has repeated his call for police outrider services to be terminated for ministers and deputy ministers, Malaysiakini reports.

He said this after a video of outriders cutting a path for an MPV – closely linked to former prime minister Datuk Seri Najib Abdul Razak – through what was allegedly a balik kampung traffic jam on Saturday.

It is unclear if the Pekan MP was in the vehicle at the time, or where the video was taken.

Responding to the video, Sim reportedly said former office holders convicted of a crime should not get outrider services.

However, several netizens pointed out that even Pakatan Harapan leaders were guilty of being a nuisance to other motorists during their administration, when traveling using police outriders.

Najib has been convicted at the High Court and the Court of Appeal over the RM42 million criminal breach of trust and money laundering in the SRC International case.

He is also on trial for the 1MDB scandal.