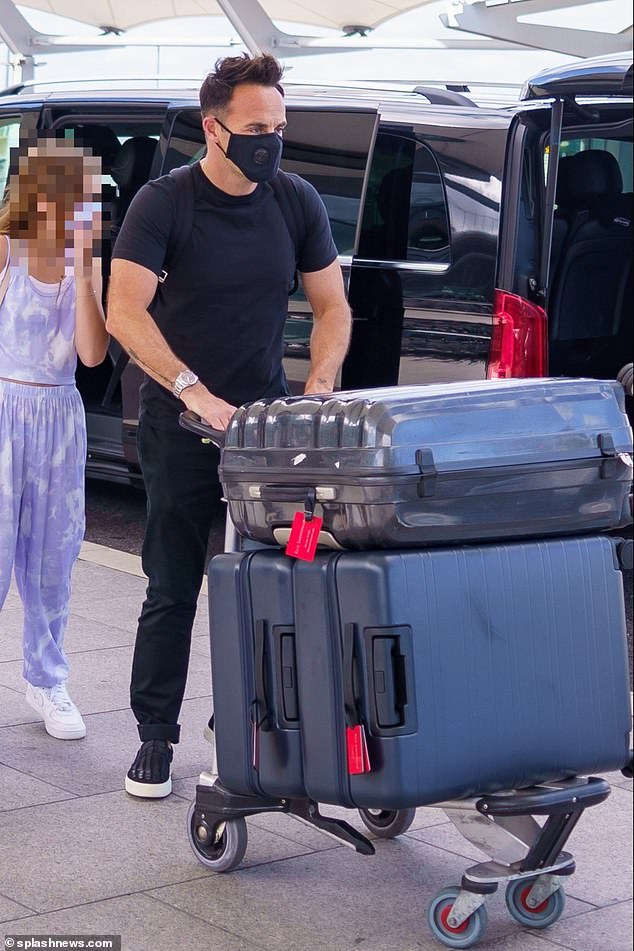 By Connie Rusk For Mailonline

The television personality, 44, was joined by his girlfriend Anne-Marie Corbett, 44, and her two daughters.

Earlier in the day, Ant signed off his social media account, shared with Declan Donnelly, with the TV duo announcing they were taking a break and would be back at the end of August.

Schools out! Ant McPartlin arrived at Heathrow Airport on Saturday ready for a month-long summer holiday

In keeping with government guidelines, Ant donned a black face mask as he left their taxi to grab a trolley to push three huge suitcases into the departures terminal.

The Geordie star cut a casual figure in an all-black ensemble, while Anne-Marie looked smart in a navy blazer and low-cut maxi dress.

The couple appeared excited for their family holiday as they headed into the airport to check in. 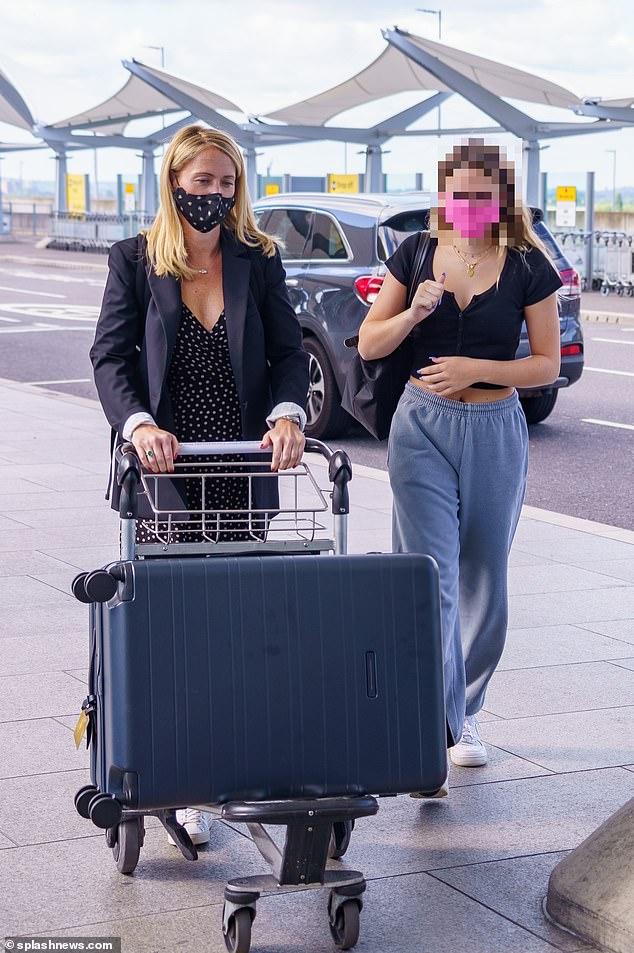 Family vacation: The television personality, 44, was joined by his girlfriend Anne-Marie Corbett, 44, and her two daughters 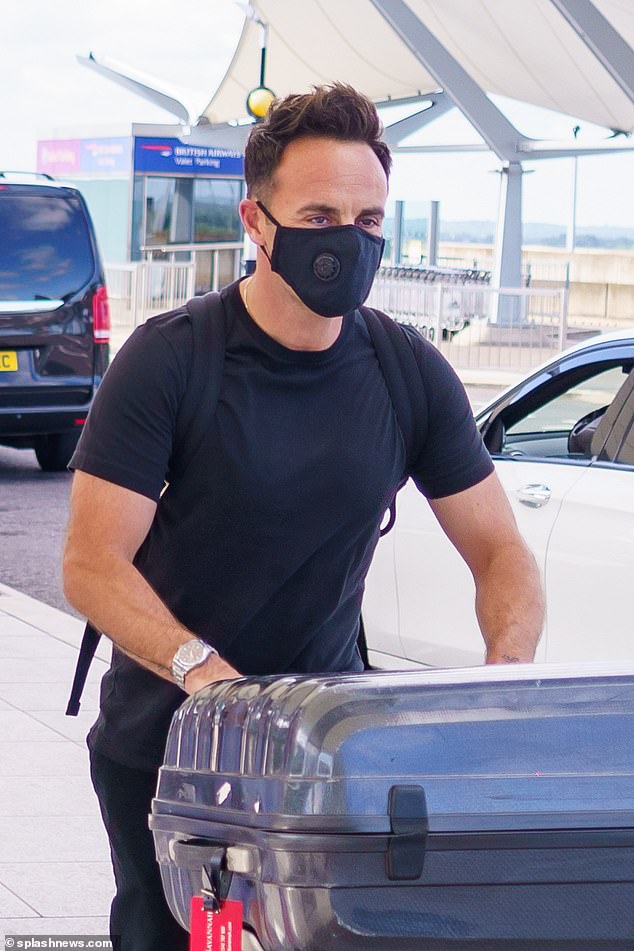 See you in a month! Earlier in the day, Ant signed off his social media account, shared with Declan Donnelly, with the TV duo announcing they were taking a break

Earlier in the day, Ant took to his and Dec’s joint Instagram account to announce they were taking a break from social media and presenting duties.

Posting a snap of themselves in Hawaiian shirts reading airport magazines, they wrote: ‘We’re both taking a break for a few weeks to spend time with family and friends.

‘Wishing everyone a great month and we’ll see you at the end of August!’

It’s been a busy few weeks for the pair who on Friday took part in a promotional day of filming for their upcoming book Once Upon A Tyne.

The break will be very much needed for Ant as ITV confirmed its flagship show I’m A Celebrity… Get Me Outta Here! would return for a 20th series on Thursday.

It was also announced that a special one-off documentary called I’m A Celebrity: A Jungle Story, which will celebrate the very best moments of the show’s stellar 19 year history.

In May it was reported that show bosses were holding crisis talks to save this year’s show amid the  pandemic.

According to The Sun, insiders were unclear whether the show would go ahead later this year after the TV industry was thrown into chaos by COVID-19.

A source at the time said: ‘I’m A Celebrity is six months away but bosses are holding meetings about how they can ensure it still goes ahead in the current climate. A raft of measures are being looked at.

‘One of the most recent plans was to employ a crew that is 95 per cent made up of Australian workers to overcome the issues surrounding flying to different countries and the quarantine restrictions.

‘This would mean a lot of the show’s UK crew missing out on their annual big gig but ITV are having to seriously consider every option.’

The insider added that due to the changing nature of the pandemic, every possible situation was being planned for.

Ant and Anne-Marie have been in a relationship for around two years, with their romance first causing controversy due to his marriage breakdown with ex wife Lisa Armstrong.

Lisa, 43, was left devastated when she learnt of their romance, tweeting at the timel: ‘She was MY friend who I let into OUR home.’

In April, Ant’s divorce from ex Lisa Armstrong was finalised although the pair still share custody of their dog Hurley.

The former couple have previously been transferring the dog between homes during lockdown.