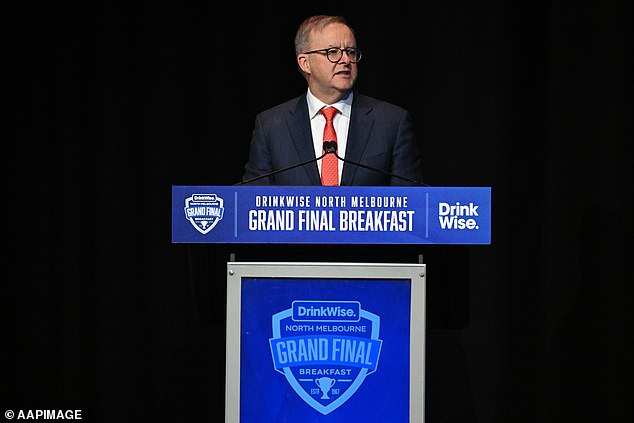 Upon his introduction, the 59-year-old congratulated CEO Gil McLachlan on his time with the AFL, making a cheeky dig at his Brownlow medal stuff-up.

‘I’m glad that you didn’t have to do the honours in introducing me today,’ Albanese said.

‘I understand from Christian Petracca that you have a few problems with Italian surnames.’

Board members and leader of the opposition Peter Dutton broke out in laughter, where McLachlan was visibly caught off-guard by the jab. 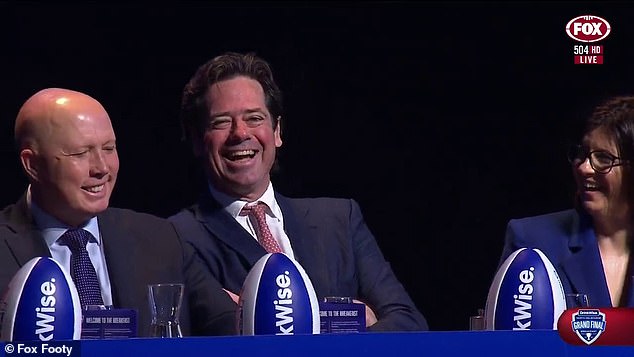 Yet Albanese’s antics didn’t end there.

The Rabbitohs supporter made a reference to Tony Abbott when talking about the AFL’s famous Yarra parade, where grand final players float down the river while fans flock to the banks.

‘To Gil I would say having watched the parade on the Yarra yesterday, to quote a former Prime Minister, ‘we do need to stop the boats’.’

The crowd erupted once more, before Albanese went about the formalities of his speech.

McLachlan was blasted for his pronunciation of star Demons midlfielder Christian Petracca while announcing points for the Brownlow medal. 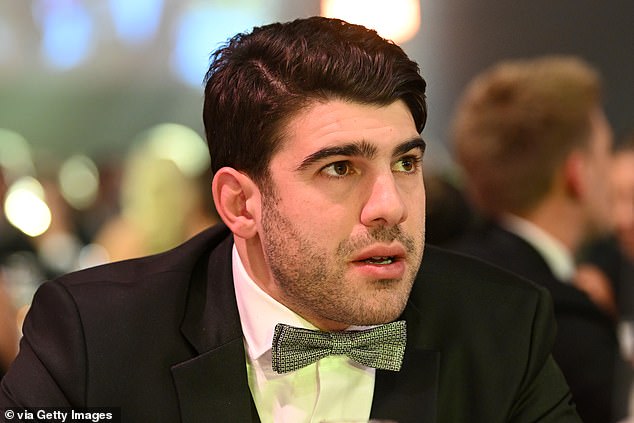 The 26-year-old who finished sixth with 24 votes was seen saying ‘it’s Petracca, for f***’s sake’, just after the boss read out his name.

McLachlan had repeatedly pronounced his last name ‘Pet-rack-a’ when the correct pronunciation is ‘Pet-rah-ka’. 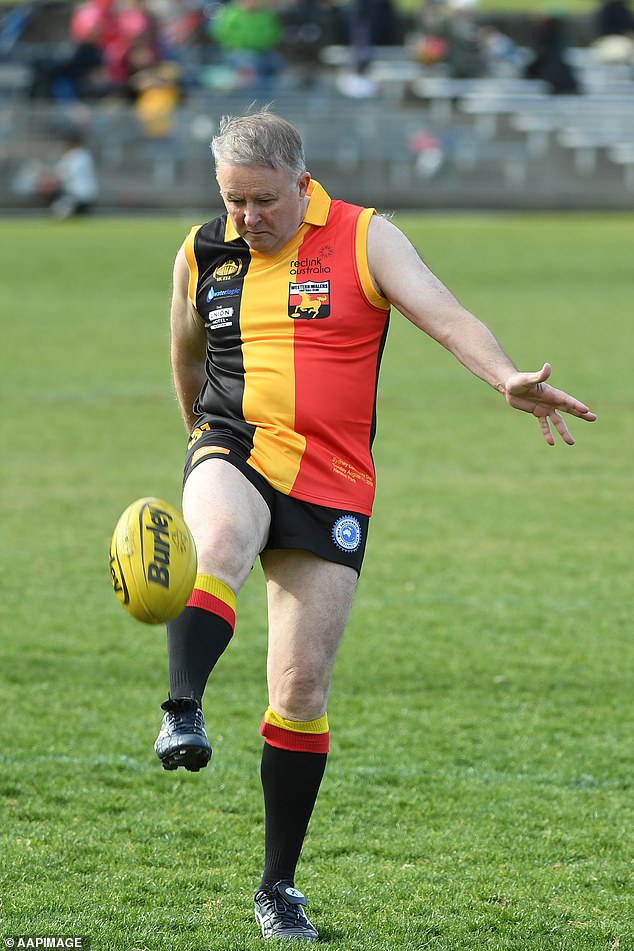 The Prime Minister has already supported the AFL in their future ventures during his short tenure in the top job, backing their bid to expand into Tasmania.

Over the past two decades, Hawthorn, North Melbourne and St Kilda have all played home games in the Apple Isle – the Saints’ agreement ended in 2006 – and Tasmania has long been a candidate to become the home of the next AFL team.

In 2019, Albanese took to the field for a charity event, where he was seen decked out in local Western Walers kit. 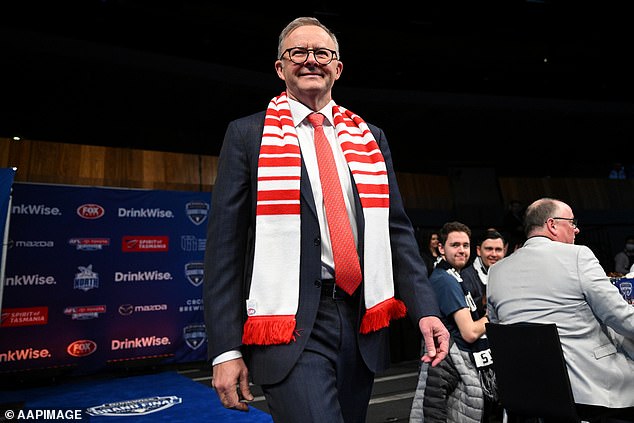