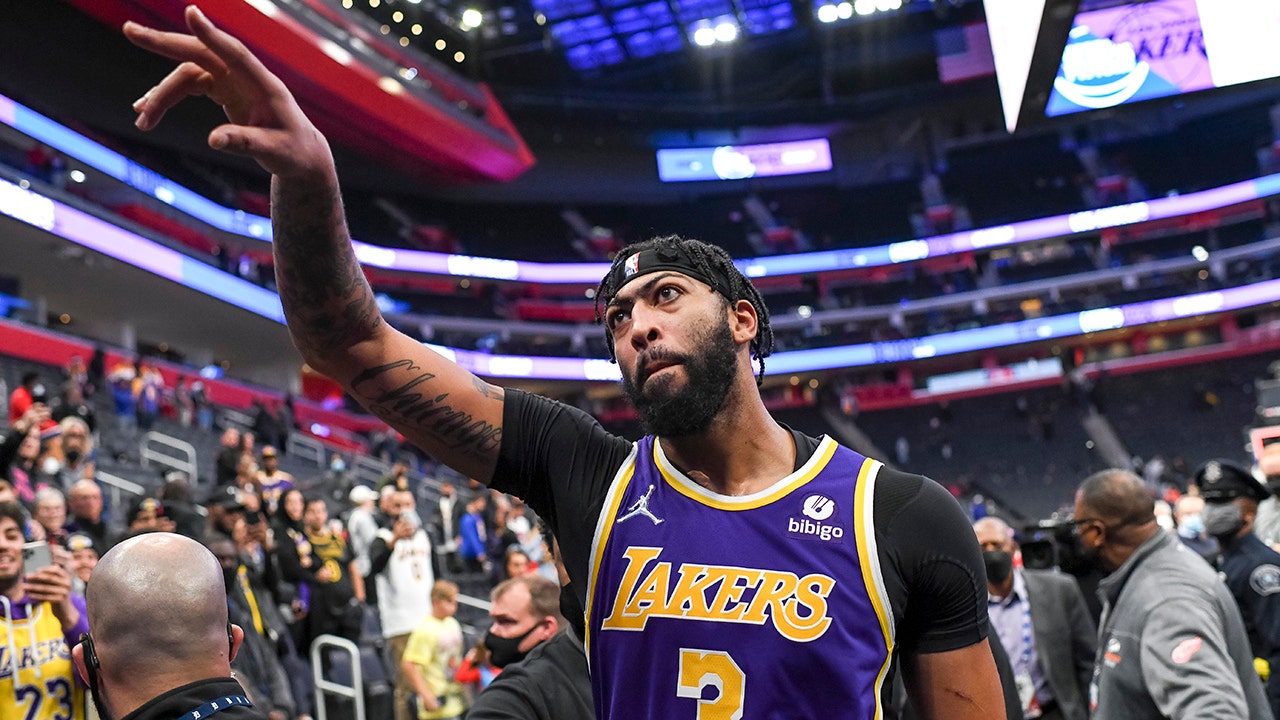 Los Angeles Lakers center Anthony Davis came to the defense of LeBron James after the superstar was ejected from Sunday’s game against the Detroit Pistons when he threw an elbow at Isaiah Stewart and caught him in the nose and sparked a brouhaha.

The incident occurred in the third quarter on a foul shot. James and Stewart were trying to box each other out when James connected his elbow with Stewart’s eye. Stewart charged at James and the Lakers players multiple times before he was finally corralled.

Davis tried to dispel the notion that James was a dirty player and made clear there was nobody on the team that was going to accept what Stewart was doing.

Anthony Davis of the Los Angeles Lakers leaves the court after the game against the Detroit Pistons at Little Caesars Arena on Nov. 21, 2021, in Detroit, Michigan.
(Nic Antaya/Getty Images)

Pistons coach Dwane Casey said Stewart felt like he had been given a cheap shot.

“I don’t think James is a dirty player, but Stew cut his eye. He felt like he had been cheap-shotted across the brow. I’m not even sure he knew who hit him,” Casey said via The Athletic.

Isaiah Stewart of the Detroit Pistons is restrained after receiving a blow to the face by LeBron James of the Los Angeles Lakers during the third quarter of the game at Little Caesars Arena on Nov. 21, 2021 in Detroit, Michigan.
(Nic Antaya/Getty Images)

James and Stewart could be facing suspensions for their roles in the incident.