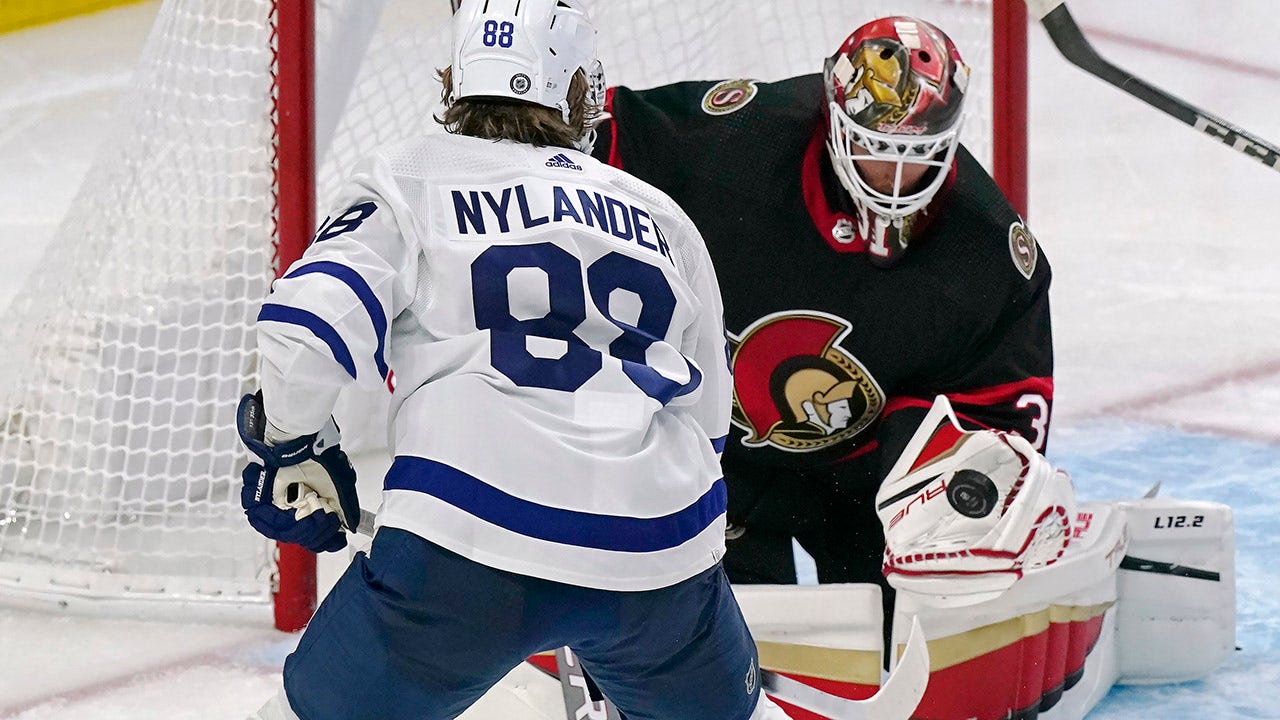 Anton Forsberg made a career-high 46 saves and the Ottawa Senators scored three times in the first period in a season-opening 3-2 victory over the Toronto Maple Leafs on Thursday night.

Playing hours after the Senators signed Brady Tkachuk to a seven-year contract extension, Tyler Ennis had a goal and an assist and Chris Tierney and Alex Formenton also scored. Forsberg started in goal with Matt Murray fighting a cold.

Tierney opened the scoring on a deflection at 8:31, Ennis tipped in a shot on a power-play with 1:02 left, and Formenton scored on a slap shot with 0.6 seconds remaining in the opening period.

Toronto goalie Peter Mrazek left the game after sustaining a groin injury on the final play of the second period. He made 23 saves, and Jack Campbell — the winner Wednesday night at home against Montreal — stopped 10 shots in the third.

Former Ottawa captain Jason Spezza and William Nylander had power-play goals for Toronto. Spezza made it 3-1 early in the third with a power-play goal, and Nylander connected with 11:10 to go.

The teams will meet again Saturday night in Toronto.