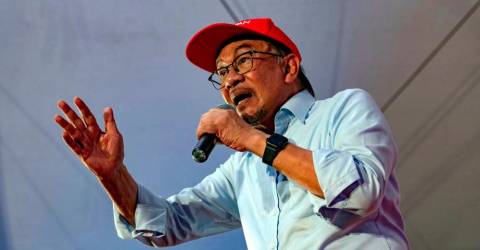 PETALING JAYA: Datuk Seri Anwar Ibrahim has reportedly slammed the group behind ‘Parti Aku Malas Undi’ over their drive to discourage young voters from going out to vote in the coming general election (GE15).

According to a report by The Malaysian Insight, the Pakatan Harapan chairman also said the drive was an attempt “to stop the advancement of the Malays”.

“(It’s) an irresponsible act because it would mean (they) are denying (a person’s) right to determine the course of the nation,“ he reportedly said.

Anwar said that if people did not vote, they would only be sacrificing their interests as they would not be picking the people who would manage and be responsible for their future.