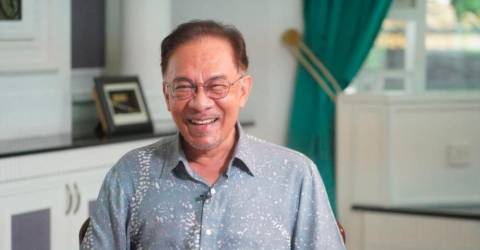 The Port Dickson Member of Parliament said his stand on debates had been consistent the past 10 years as he had thrown a similar challenge to Najib before but it was not accepted.

“Now he has chosen to challenge me at the start of the Ramadan month after failing to address Rafizi Ramli’s protestation on the Sapura bailout issue at a time when the people are poor and petty traders not looked after,” Anwar said.

Yesterday, Najib was reported to have said he would accept former Pandan MP Rafizi’s challenge to a debate if Anwar also participates.

Rafizi had earlier challenged Najib to a debate on the SEB issue.-Bernama