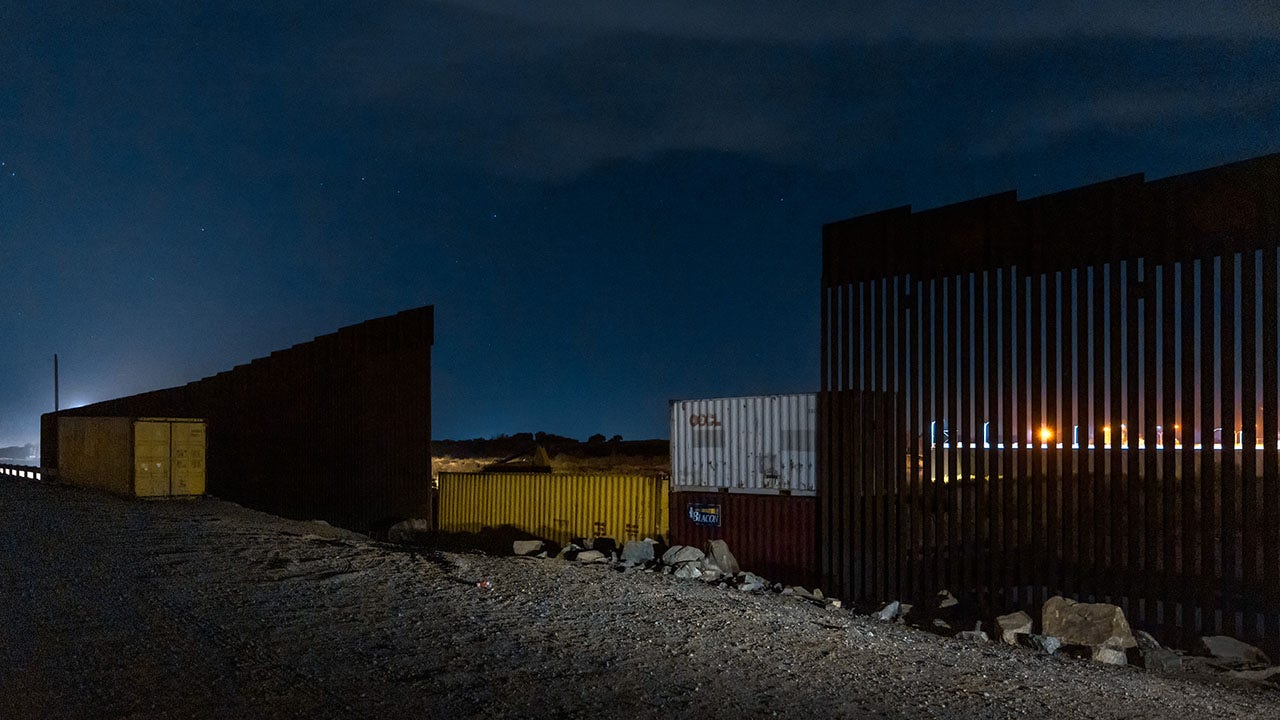 An Arizona county sheriff said Saturday that he’s frustrated with Gov. Doug Ducey sending large shipping containers to the border in an effort to construct a makeshift border wall.

With the containers reaching within 6 miles of Santa Cruz County, Sheriff David Hathaway told FOX 10 Phoenix he’ll arrest anyone who tries to place them in the county, which he referred to as “illegal dumping.”

“The area where they’re placing the containers is entirely on federal land, on national forest land,” the sheriff told the station. “It’s not state land, it’s not private land, and the federal government has said this [is] illegal activity. So just the way if I saw somebody doing an assault or a homicide or a vehicle theft on public land within my county, I would charge that person with a crime.”

Arizona Gov. Doug Ducey has been ordering shipping containers to the border since last summer.
(Photo by Qian Weizhong/VCG via Getty Images)

Ducey filed a lawsuit against the federal government in October when he was told to stop double stacking the more than 100 containers in the border wall gaps on federal and tribal lands near Yuma.

He has been ordering containers to the border since last summer.

Construction to place these shipping containers in gaps in the border wall began in Yuma, Arizona. Republican Gov. Doug Ducey of Arizona is suing the federal government over an order to remove shipping containers used to fill gaps at the southern border.
(Ashley Soriano/Fox News)

“Our border communities are overwhelmed by illegal activity as a result of the Biden administration’s failure to secure the southern border,” Ducey said in a statement at the time. “Arizona is taking action to protest on behalf of our citizens. With this lawsuit, we’re pushing back against efforts by federal bureaucrats to reverse the progress we’ve made. The safety and security of Arizona and its citizens must not be ignored. Arizona is going to do the job that Joe Biden refuses to do — secure the border in any way we can. We’re not backing down.”